According to officials, the landslide occurred on Dighi-Mangaon Road in Kudgaon village on Monday 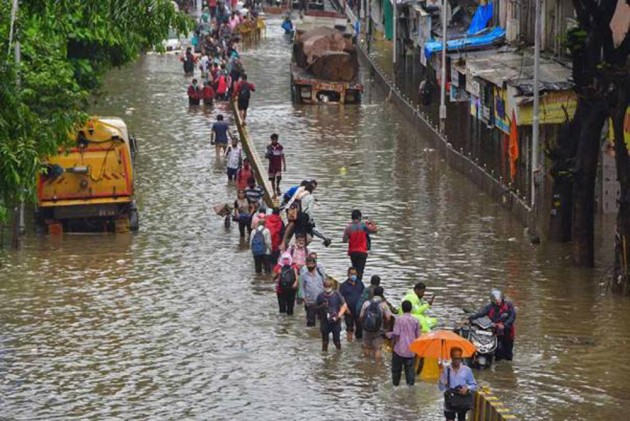 As heavy rains continue to throw normal life out of gear in Maharashtra, a landslide was reported in the state’s Raigad district on Monday, officials said adding that no casualties were reported.

The landslide comes in the backdrop of the district having received an average rainfall of 186.51 mm from 8.30 am on Sunday to 8.30 am on Monday, officials said.

According to officials, the landslide occurred on Dighi-Mangaon Road in Kudgaon village on Monday soon after which traffic was completely halted in the region with authorities working to remove the debris from the road.

This incident comes in the backdrop of heavy rains battering most parts of Maharashtra with as many as 30 people losing their lives in Mumbai on Sunday due to rain-related incidents.

Further, on Sunday a landslide was reported at Rajpuri village in Murud taluka. While there was no casualty, three-four houses were damaged, officials said, adding that 24 people from five families were shifted to a safer place.

Meanwhile, as per the Raigad irrigation department, the Pundalika, Amba, Savitri, Patalganga, Ulhas and Gadhi rivers in the district were flowing below their danger marks.

From June 1 till date, the district has recorded an average rainfall of 1,870.3 mm, which is 499 mm more than the rainfall received during the same period last year, as per official data.