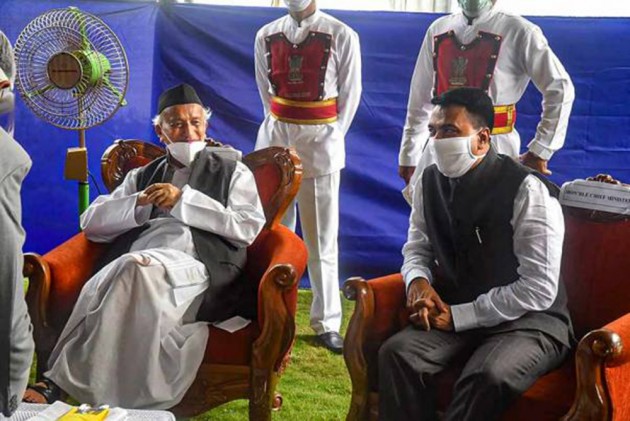 Maharashtra Governor Bhagat Singh Koshyari called on Maharashtra home minister Anil Deshmukh to convey his concern over the security and health of Republic TV Editor-in-Chief Arnab Goswami, who was arrested last week in connection with an abetment to suicide case.
The governor’s office in a statement on Monday said Koshyari also asked the state home minister to allow Goswami's family to meet in jail. The governor had earlier conveyed to Deshmukh his concern over the manner in which Goswami was arrested, the statement said.

Bombay High Court on Monday refused to grant bail to Republic TV Editor-in-chief Arnab Goswami. A division bench of Justices S.S. Shinde and M.S. Karnik said "no case was made out in the present matter for the high court to exercise its extraordinary jurisdiction.”

Goswami and two others - Feroze Shaikh and Nitish Sarda - were arrested by Alibaug police in Raigad district on November 4 in connection with the suicide of architect-interior designer Anvay Naik and his mother in 2018 over alleged non-payment of dues by companies of the accused.

After his arrest from his residence in Mumbai, Goswami was taken to Alibaug, where the Chief Judicial Magistrate remanded him and the two others in judicial custody till November 18. Goswami was then kept at a local school which has been designated as a Covid-19 centre for the Alibaug prison.

On Sunday, he was shifted to Taloja jail in Raigad district after allegedly being found using a mobile phone while in judicial custody.