According to reports, the victims, who are all minors, had their clothes torn off and their bicycles were vandalized by the group when the children went to a ground to play cricket after concluding their afternoon namaaz. 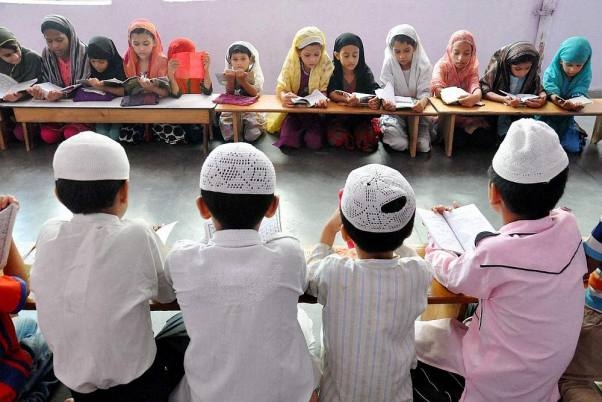 A group of young students at a madrasa in Unnao district were allegedly forced to chant "Jai Shri Ram" and then beaten up when they refused to repeat the slogan, according to an IANS report.

The victims, who are all minors, had their clothes torn off and their bicycles were vandalized by the group when they went to a ground to play cricket after concluding their afternoon namaaz, the report said.

It was then that a group of four men arrived at the ground and after a debate over playing cricket, they allegedly started beating the children and even forced them to chant "Jai Shri Ram".

After the incident, the children came back to the madrasa and narrated the incident. The police arrived, thereafter, and took cognizance of the matter.

According to the Imam of the Jama Masjid, a group of men from Bajrang Dal were involved in the incident that took place on Thursday, said the report.

The police have registered a case in connection with the incident and have also identified three accused by tracing their Facebook accounts. The accused have purportedly identified themselves as members of Bajrang Dal in their social media accounts.

Circle Officer Umesh Kumar Tyagi said that investigations were on in the matter.

This is not for the first time that an incident like this has come to light in Uttar Pradesh.

In a similar incident on July 4, where an auto driver Mohammad Aatib, alleged that a group of men locked him up in a washroom and pelted stones for refusing to chant "Jai Shri Ram".

Earlier, a Muslim youth, who was wearing a skull cap, was allegedly thrashed and insulted in Kanpur by some unidentified persons after he refused to chant "Jai Shri Ram". The attack took place when the youth, identified as Taj Mohammad, was returning to his home in the Barra area from the local madrasa.