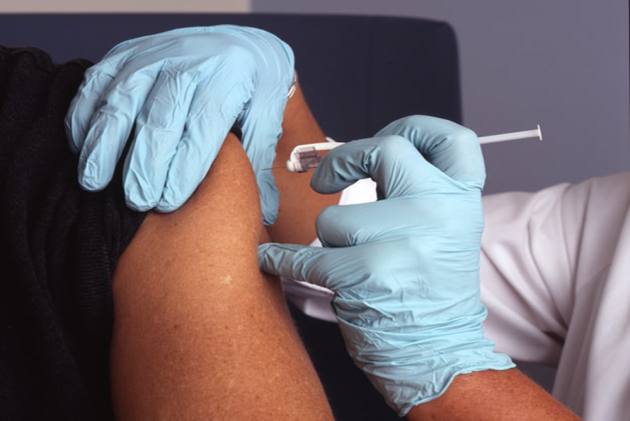 Madhya Pradesh authorities have ordered an inquiry to probe reports of government healthcare workers having vaccinated BJP members and their families at the residence of BJP MP Anil Firojiya's in Madhya Pradesh’s Ujjain.

The incident came to light when BJP worker Kapil Katariya posted a picture of himself getting a Covid-19 vaccine on Friday and thanked Firojiya for it.

While authorities have said that there is no provision for inoculating anyone at their home, the Opposition Congress has hit out at the state machinery and Firojiya over the incident.

Tis incident comes at a time when many states and Union Territories are facing a shortage of Covid-19 vaccines. Earlier this week, the Delhi government said it was shutting down a few vaccination centres because of lack of doses.

Further, a number of social media users shared the pictures of the vaccination exercise carried out at the politician's residence and criticised the move.

However, Firojiya defended himself saying that one of his party workers had called the medical team to his place without his knowledge.

"I was not at home. My mother is very old and she has also suffered injuries in her leg. So, one of our workers, Kapil Katariya, called the team. Had I known it before, I would never have allowed this to happen," Firojiya told PTI.

He further said he had himself received the vaccine at a hospital. "Rules are the same for everybody," he said.

Ujjain district collector Ashish Singh said he has ordered an inquiry into the matter.

"I asked the officials to provide information about who gave the permission to send the team there. Strict action will be taken against the guilty. There is no provision to send a team to anybody's home," he said.

Talking to PTI, Congress MLA Mahesh Parmar said Prime Minister Narendra Modi had tweeted a picture of him getting a jab in a hospital, but the Ujjain MP does not seem to be following his leader.

"The Ujjain MP considers himself a VVIP and calls the medical team to his home. This is Centre's failure. This is a shameless act," he said.

Parmar, who represents Tarana Assembly constituency, said that the incident has taken place when people are facing a crisis of medicines, oxygen and unavailability of doctors in the midst of pandemic.

"Despite this scenario, a medical team is being sent to the residence of the local Lok Sabha member," he alleged.

He said Firojiya should be removed from the post and the officials responsible for it should be sacked.