Naresh Agarwal's son Nitin had organised a sammelan (conference) for the Pasi community at the Shravan Devi Temple. 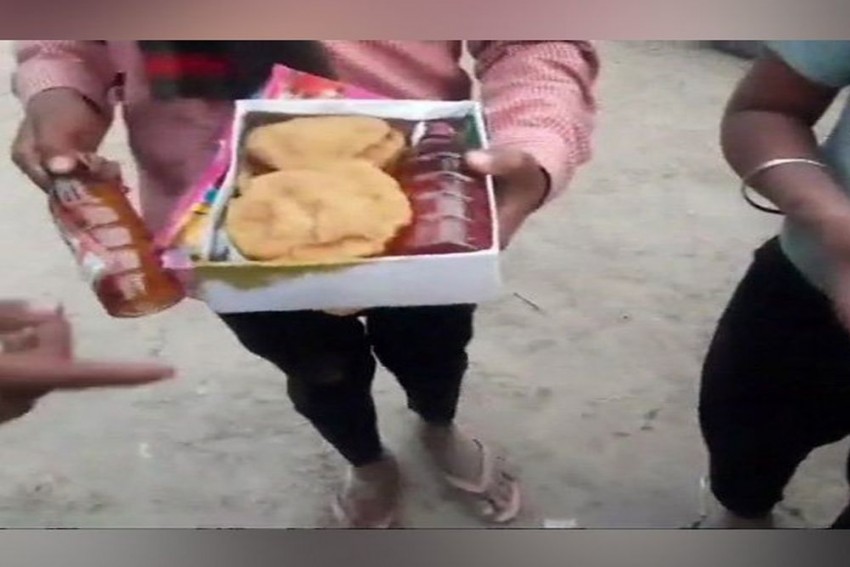 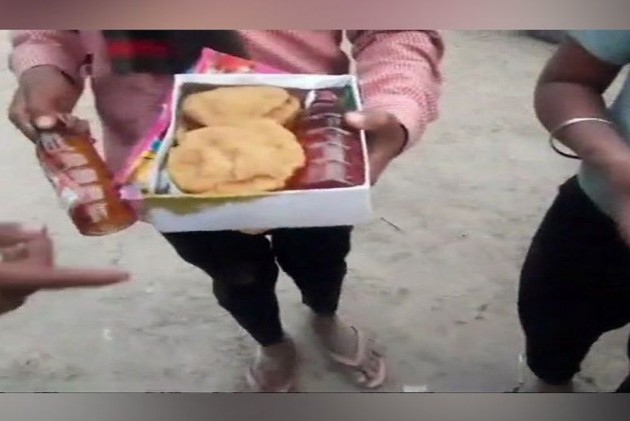 Liquor bottles, kept inside food packets, were distributed at an event organised by BJP leader Naresh Agarwal's son Nitin at a temple on Monday where the former was also present.

Naresh Agarwal's son Nitin had organised a sammelan (conference) for the Pasi community at the Shravan Devi Temple.

In a video from the event, Nitin Agarwal can be seen announcing from the dais that the food packets will be handed over to the village headman who would, in turn, distribute it to the people accompanying him.

"All the Pradhan's (village headman) must go to the place where food is being distributed. The pradhan's must take the packet to distribute it to their people," Agarwal was heard saying at the event.

One of the people who had got the packet said, "I have got this liquor bottle in the food packet here at the event. The event was organised by Nitin Agarwal."

The same packets were also distributed to the minor boys, one of who said, "I have come along with my father to attend this event. It has been given to me by Nitin Agarwal."

Following the incident, Bharatiya Janata Party (BJP) Member of Parliament from Hardoi Anshul Verma criticised Agarwal for the distribution of liquor and asserted that he will be raising the issue with the party leaders.

Verma said "Naresh Agarwal, who has recently taken the membership of the BJP had organised a Pasi sammelan at one of our religious places. I will call it an unfortunate event because, to the same small children whom we have given pens and copies, Agarwal distributed the liquor bottles. I will inform the top leadership. I will also write a letter as to how the administration allowed this thing to happen. How did the excise department not take notice of such large-scale distribution of liquor? To rectify its mistake, BJP will have to rethink".

Former SP leader Agarwal had joined the Bharatiya Janata Party(BJP) in March 2018 along with his MLA son Nitin Agarwal and supporters.