A CT scan of the chest showed that the bulb had entered the right main bronchus (tube leading to the lung) extending on to the lower bronchus. 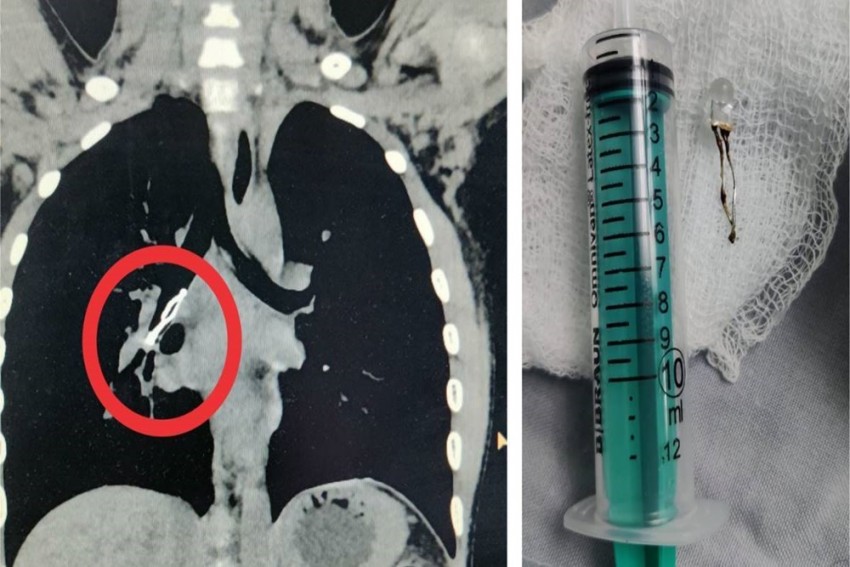 A pediatric rigid bronchoscopy was performed and the bulb was taken out in less than 10 minutes. (Source: medicover)
Outlook Web Bureau 2021-01-06T07:59:25+05:30 LED Toy Bulb Removed From 9-Year-Old’s Lungs In Telangana 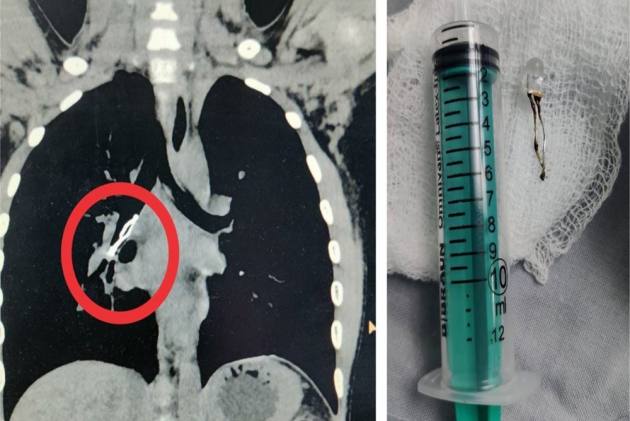 In a bizarre incident, doctors at a hospital in Hyderabad removed a LED toy bulb from a nine-year-old’s lungs after he had swallowed it.

Hailing from Telangana’s Mahaboobnagar, Prakash had swallowed the bulb while playing with his friends and he was immediately rushed to the hospital after he complained of difficulty in breathing and coughed profusely, The Indian Express reported.

A CT scan of the chest showed that the bulb had entered the right main bronchus (tube leading to the lung) extending on to the lower bronchus.

The doctors has to carry a pediatric rigid bronchoscopy and the bulb was taken out in less than 10 minutes. Prakash was discharged the same day without any complications.

“Usually we see children below the age of 4 or 5 years having swallowed things like ground nuts, seeds, and tiny toy parts, etc. In this case, it was more problematic because it was a small LED bulb with a sharp metal wire strand ending. It could have injured the main airway (trachea), led to chemical reactions, or caused internal bleeding. When the object goes into deeper levels, its removal becomes more complicated and would require open surgery,” Dr. A Raghu Kanth, senior consultant – Interventional Pulmonologist at Medicover hospital said, adding that the bulb was inside the body for over 12 hours.

UP: Covid-19 Vaccine Transported On Bicycle In Varanasi During Dry Run