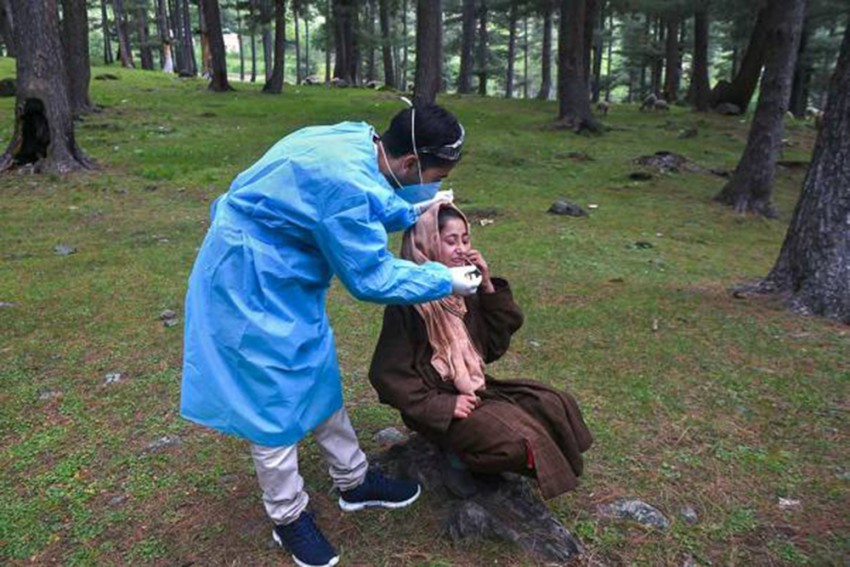 Everyone arriving by air or road will have to undergo rapid antigen tests even if they had undergone the mandatory RT-PCR test, not more 96 hours before reaching Ladakh.
PTI
Naseer Ganai 2021-05-22T11:53:10+05:30 Ladakh Makes Negative RT-PCR Test Report Mandatory For All Inbound Travellers 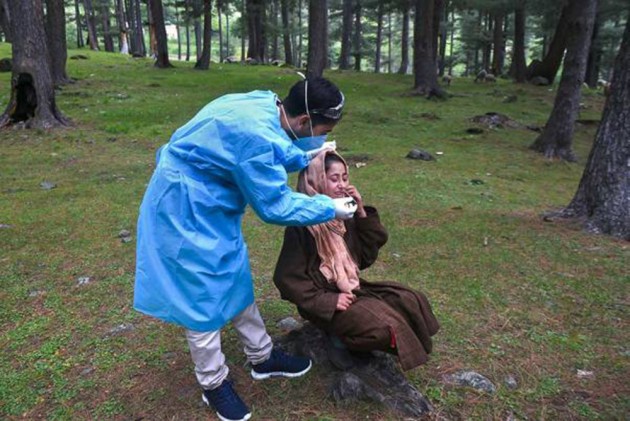 The Ladakh administration has made ‘negative’ RT-PCR test reports mandatory for everyone entering the Union Territory as the coronavirus continued to claim new victims in one of the most sparsely-populated regions in the country.

Besides, everyone arriving by air or road will also have to undergo rapid antigen tests even if they had undergone the mandatory RT-PCR test, not more 96 hours before reaching Ladakh. The fresh order, issued by Ladakh divisional commissioner Saugat Biswas, came after a former parliamentarian raised an alarm over a surge in COVID-19 cases in the rural areas.

On Friday, 121 new positive cases were reported in the region—97 from Leh and 24 from Kargil. With the death of one person from Covid in Leh on Friday, the total number of deaths in Ladakh has reached 173, out of which 125 are from Leh and 48 from Kargil.

Ladakh has a population density of just about five people per square kilometre as against the national average of more than 420/square kilometre. Political leaders of the region have expressed concern that the fast spread of the virus—coupled with a slow pace of vaccination—could turn into a catastrophe for the region.

Former MP and president of the Ladakh Buddhist Association, Thupstan Chhewang, met Lt Governor Manoj Sinha, earlier this week and urged the government to impose a 15-day total lockdown to curb Covid cases in the region.

“The disease is also spreading in the villages. I think Covid-curfew restrictions haven’t proved to be foolproof,” Chhewang said, adding that he has also asked for suspension of air and highway travel.

“We are also concerned about the slow pace in vaccination in Ladakh…“Our population is small and we have asked the local government to procure vaccines. We think it will become easy to vaccinate a small population in a small time,” Chhewang told reporters.