Buoyed by the landslide victory of TRS in the Assembly elections, KCR has decided to focus on national politics to work for cobbling up an alternative to both the Bharatiya Janata Party and the Congress. 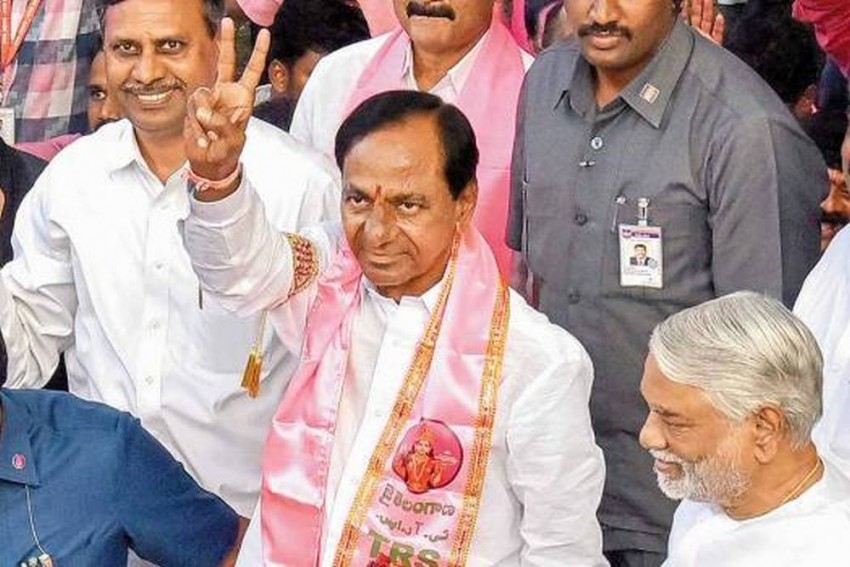 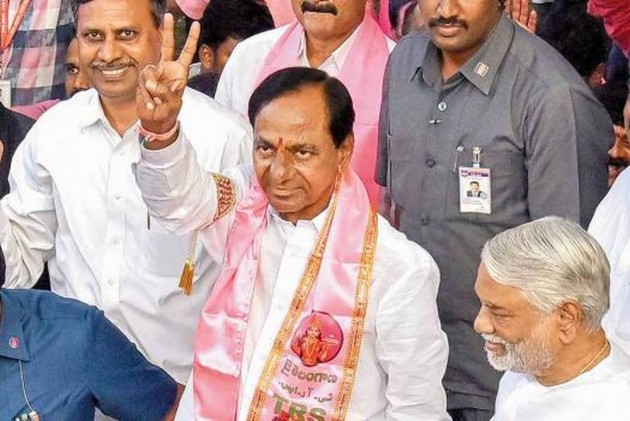 Intensifying his efforts to cobble up a Federal Front, Telangana Chief Minister and TRS President K. Chandrashekhar Rao on Friday announced that he will call on his Odisha and West Bengal counterparts early next week.

After meeting the two leaders, KCR will reach New Delhi where he will have separate meetings with former Uttar Pradesh chief ministers Mayawati and Akhilesh Yadav.

Buoyed by the landslide victory of TRS in the Assembly elections, KCR has decided to focus on national politics to work for cobbling up an alternative to both the Bharatiya Janata Party and the Congress.

After the electoral victory on December 11, he had stated that a consortium of regional parties may emerge soon.

According to a statement from the Chief Minister's Office on Friday, the TRS has engaged a special flight for one month.

KCR, along with his family members, will fly by this aircraft to reach Visakhapatnam, the coastal city of Andhra Pradesh, on Sunday. They will visit Sharada Peetham and perform special prayers at Rajasyamala Temple. KCR will also seek the blessings of Swami Swarupanandendra and have lunch at the Ashram.

From Visakhapatnam airport, the TRS chief will proceed to Bhubaneshwar the same evening and call on Patnaik. After a night halt in the Odisha capital, he will visit the Konark Temple and Jagannadha Temple and return to Bhubaneswar and leave for Kolkata.

After a meeting with Banerjee, the Telangana Chief Minister will visit Kalimata Temple. Subsequently, he will leave for New Delhi, where he will stay for two-three days, said the statement.

KCR will make a courtesy call on Prime Minister Narendra Modi. He will have meetings with some central ministers and discuss state related issues.