Kashmir Hospital Returns 6 Ventilators To NGO Due To Lack of Space, Beds, Staff

For a population of over seven million, the Valley has around 100 ventilators for critically ill patients -- one ventilator per around 71,000 people. 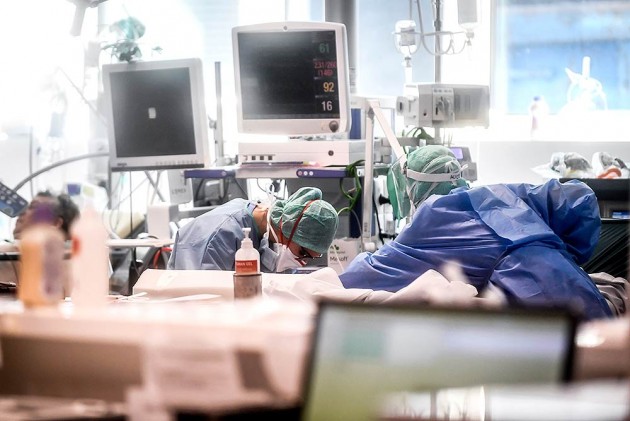 At a time when hospitals around the world require ventilators, the Government Medical College, Srinagar returned six such machines, donated by an NGO. The cost of 6 ventilators is around Rs 39 lakh.

For a population of over seven million, the Valley has around 100 ventilators for critically ill patients -- one ventilator per around 71,000 people. Valley’s premier health care institute, Sheri Kashmir Institute of Medical Sciences, (SKIMS) has 40 ventilators, followed by SMHS hospital with 18 ventilators, and Chest Diseases Hospital, which has 16 Ventilators. Among others, the Children’s hospital has ten, Lal Ded Memorial Maternity Hospital and Bone and Joints Hospital has two.

Since the COVID-19 outbreak in the valley, an NGO Athrout, which is known for its work, has focused on providing medical and education support, monthly household support to families whose male members have been left physically challenged. The organization provides ambulance, nebulizers, and oxygen concentration machines free of cost to poor.

“If you don’t have required staff and equipment, how can you use the high-end ventilator,” he asked. He says hospitals require all kind of equipment, including high-grade and low-grade ventilators and it was amusing to see them being returned when the government says it has ordered for 400 more ventilators for J&K. “You should have waited for the ventilators to come before returning the six,” he says.

The essential technical features for ventilator for COVID-19 decided by the Technical Committee of DRDO says the machine should be a turbine, compressor-based because the installation sites might not have central oxygen lines. The machine should have Invasive, non-invasive and CPAP features to make them versatile, 200-600 ML tidal volume, lung mechanics display, monitoring of plateau pressure, PEEP, PS, oxygen concentration, lung mechanics, inverse ratio (I: E) and also Continuous working capability for four to five to five days.