Amid slogans of 'Bharat Mata Ki Jai', the kids in saffron and white dresses are seen tearing apart a poster of Babri Masjid. 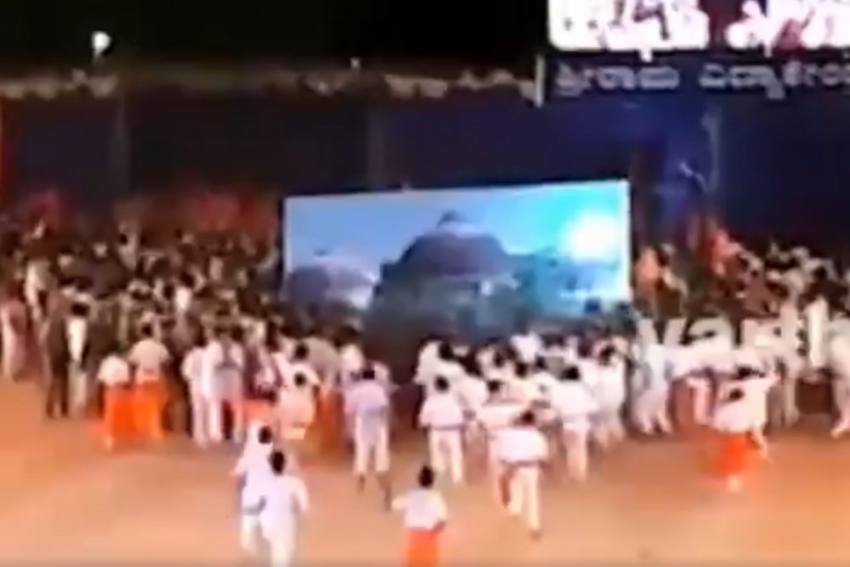 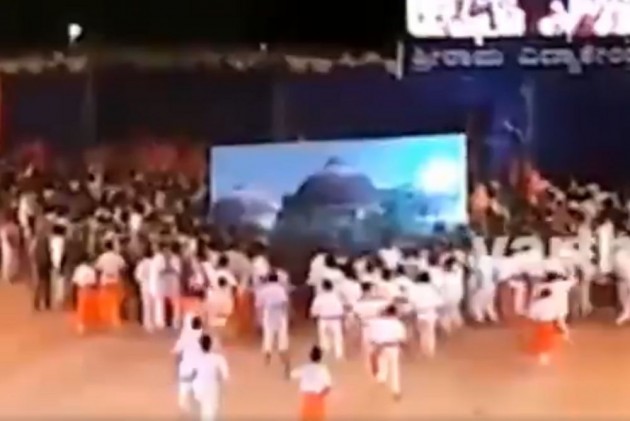 The students of a Karnataka school, run by an RSS functionary, were made to re-enact the demolition of Babri Masjid during an annual event.

The event, 'Kreedotsava', was hosted on Sunday at Shri Rama School in Bantwal area of Karnataka's Dakshin Kannada district which is run by a Trust, presided by RSS member Kalladka Prabhakar Bhat.

The demolition re-enactment was one among many performances in which students participated.

The video of the performance has been widely circulated on social media and has evoked wide criticism.

In the video, inside a map of India formed by students sitting on the periphery, several students in the centre are seen running towards a huge image of Babri Masjid to tear it down.

A male voice is heard in the background, instructing the students to tear down the Babri Masjid poster and recounting the events of December 6, 1992, when the mosque was razed in Ayodhya, Uttar Pradesh.

The police have filed an FIR in this connection after a complaint was filed by a member of Islamic organisation, People Front of India.

Bedi also posted another video of the event where the students are seen in a formation of the Ram Mandir.

Another formation d school children made was of the proposed Shri Ram Mandir at #Ayodhya. All such performances enabled d school ensure all of its 3800+ school children participate in d annual festival of Sri Rama Vidya Kendra, Kalladka Village, near Mangalore @PTI_News @ANI pic.twitter.com/IdaoySuBY4

"We have filed an FIR based on the video. Five people have been named in the FIR, including Prabhakar Bhat," Dakshina Kannada district Police Superintendent, B.M. Laxmi Prasad told Outlook.

As many 3,800  students participated in the annual event.

Students From 19 US Universities, Including Harvard, Extend Solidarity To Jamia, AMU After 'Police Violence'