Karnataka: As Army Jawans Get Ready To Leave, Villagers In Tears In Flood-Hit Chikkamagaluru

With folded hands and tears in their eyes, people stood in queue as the soldiers started loading their baggage on their vehicles to leave Mudigere. 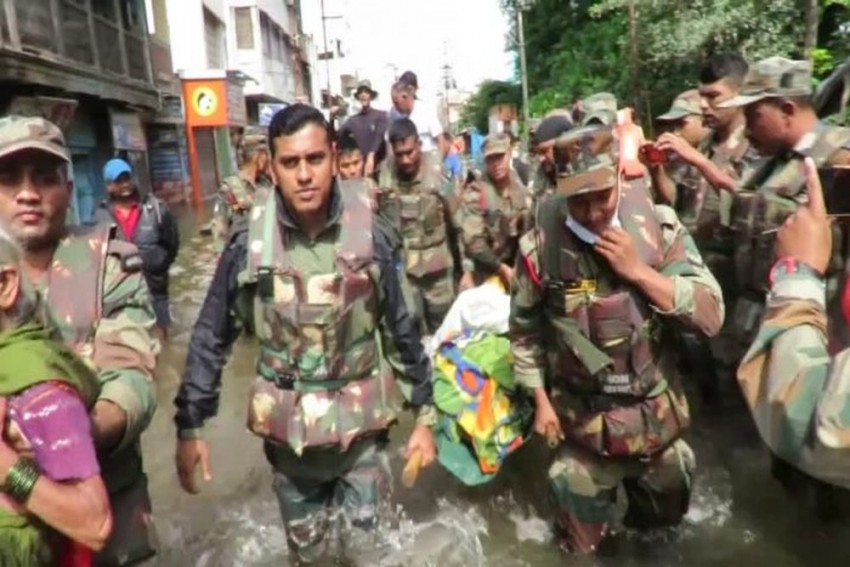 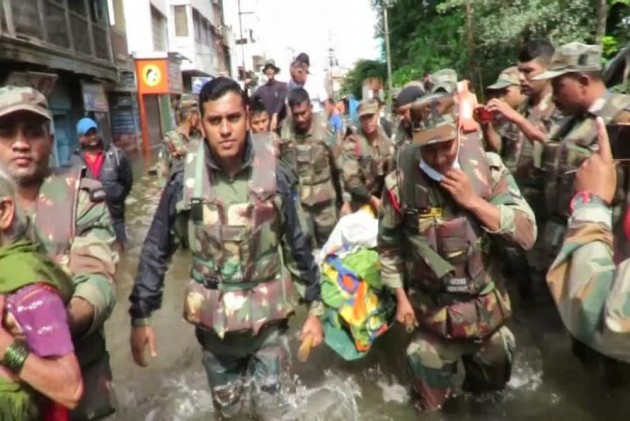 It was an emotional moment for the people of Mudigere in Chikkamagaluru district, as the Army jawans involved in rescue operations began to leave on Tuesday after the flood waters started receding and the situation improved.

Learning that the Army personnel were leaving the village after extending help in rescue operations in the past few days, the villagers gathered to bid them farewell.

With folded hands and tears in their eyes, people stood in queue as the soldiers started loading their baggage on their vehicles to leave Mudigere.

Forgetting all their woes of losing belongings and cattle in the floods, it was women staying in the relief camps who took the lead.

They performed 'arati' to the soldiers, tied Rakhi on their wrists and put vermilion on their forehead.

"May God bless you. May He keep you and your families hale and hearty," said a woman, her voice choking.

The affection showered on them turned the soldiers emotional.

Bowing their heads with folded hands, the soldiers watched in silence as emotions ran high.

A few of the Army jawans were also in tears.

Most the soldiers were from north India, who barely understood Kannada but the language was not a barrier to feel the sentiments of the people.

Villages such as Kelegur, Balige and Malemane in the district were badly affected by the floods.

Hundreds of hectares of agriculture land having tens of thousands of arecanut and coconut trees were devastated as swollen river streams caused havoc.

Many houses were entirely submerged in the flood-hit regions of Chikkamagaluru showing no trace of their existence.

Several villages may need to be rebuilt entirely, said officials.