While Governor Satya Pal Malik has constituted a committee of senior officials to look into the demands of the people of Kargil, the political parties are calling the move an eyewash. 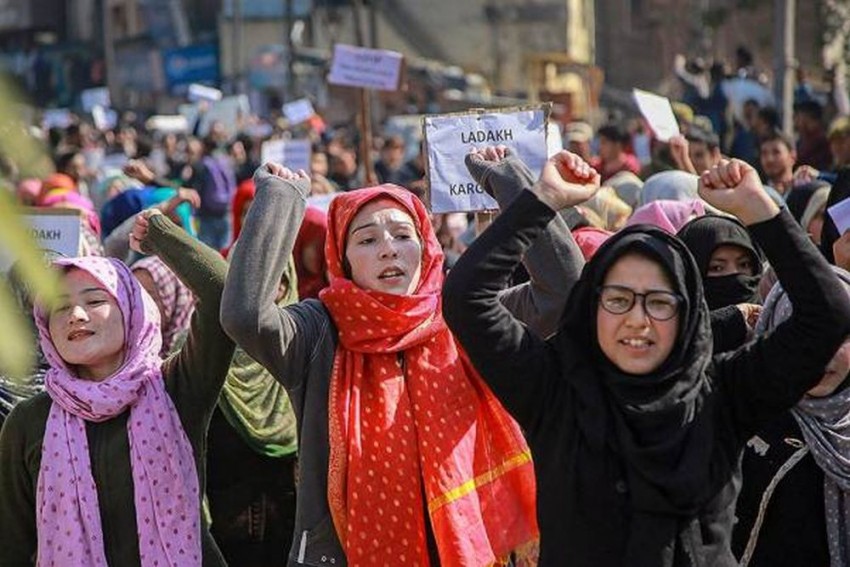 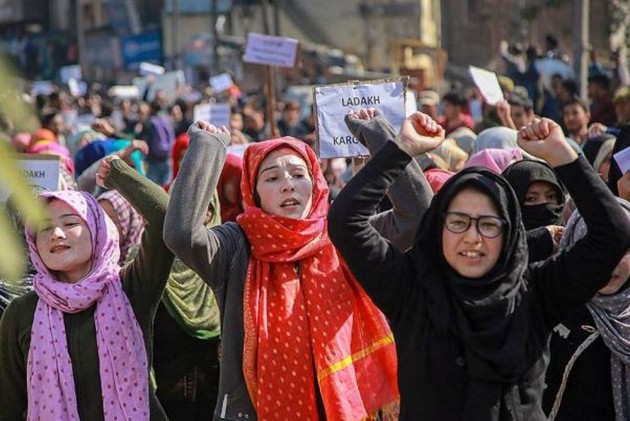 For the sixth consecutive day on Wednesday, thousands of people in Kargil protested against the decision of Governor Satya Pal Malik’s administration that granted Ladakh region divisional status separating it from Kashmir Valley while keeping its headquarters at Leh.

Political parties and common masses across Kargil describe the Governor’s move to keep the division’s headquarters at Leh as discriminatory and say that the headquarter of the new division should be rotational between the districts of Leh and Kargil.

Protests erupted in Kargil after the Governor’s administration granted a divisional status to the Ladakh region that consists of Leh and Kargil districts on February 8.

The crises took another turn on Wednesday with the Ladakh Hill Development Council Kargil (LHDC) passing a resolution that states “establishing the headquarters of Ladakh division at Leh has hurt sentiments of the people of Kargil.” The resolution said that it has happened in spite of the fact that “various political delegations including representations from LHDC Kargil had in advance requested His Excellency the Governor of Jammu and Kashmir for ensuring provision of headquarter of the division on a rotational basis in Kargil and Leh districts.”

The resolution reads that it was unanimously resolved that the LHDC Kargil would strongly advocate a review and amendment of the government order for providing headquarters of Ladakh division on a rotational basis. The LHDC Kargil has decided to spearhead mass “civil disobedience” against the Governor administration’s order unless necessary amendments are made. The LHDC has pushed the envelope further and informed the Deputy Commissioner Kargil that the government order may not be entertained till necessary amendments are made to it. It said the LHDC Kargil will demand an equal share for district Kargil in the establishment of a directorate and administrative units.

During the on-going protests, all offices of the state government and LHDC, Kargil remained closed and shopkeepers and other business establishments were also shut as a mark of protest against the Governor’s decision to keep headquarters of the newly created Ladakh division permanently at Leh.

According to political leaders from Kargil, such agitation is unheard of in the history of Kargil. They said not only people from Kargil town but people from far off villages have joined the protests in freezing temperature to force the government to bring an amendment in the order. The people have been demanding that headquarters of the Ladakh division should be rotated after every six months in Leh and Kargil.

While Governor Satya Pal Malik has constituted a committee of senior officials to look into the demands of the people of Kargil, the political parties are calling the move an eyewash.

“The Governor took the decision to create the division of Ladakh without consulting anyone and now, for long pending demand of rotational headquarters of Ladakh division at Kargil and Leh, he has sought the opinion of people. This is bizarre,” says a senior political leader from Kargil region.

“We are meeting Chief Secretary of the State tomorrow at Jammu to discuss the issue,” said Asgar Ali Karbali, senior Congress leader from Kargil. He said the government must accept the genuine demands of people of Kargil.