Just Wanted To See His Dying Son: Story Behind Photograph Of Crying Man That Shook India

PTI photographer Atul Yadav recounts his meeting with Rampukar Pandit on a Delhi roadside and the powerful image that captured the tragedy of migrants across India. 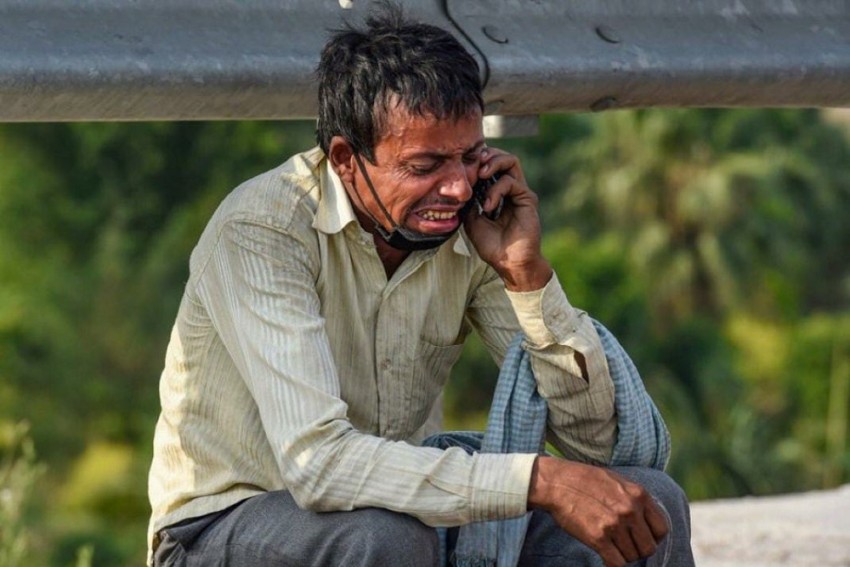 A migrant labourer crying while talking on the phone in Delhi.
PTI Photo
PTI May 16, 2020 00:00 IST Just Wanted To See His Dying Son: Story Behind Photograph Of Crying Man That Shook India 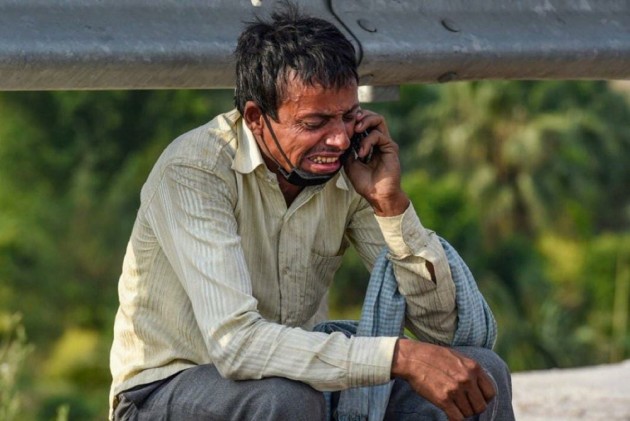 The photograph of a man on the phone, his face twisted in grief, was circulated widely on social media and resulted in help being provided to him to reach his home in Bihar. PTI photographer Atul Yadav recounts his meeting with Rampukar Pandit on a Delhi roadside and the powerful image that captured the tragedy of migrants across India:

He was talking on the phone and sobbing uncontrollably on the Nizamuddin Bridge. And I just couldn’t drive on.

In the last few weeks, I have come across and photographed so many migrants, one more helpless than the other, and honestly I didn’t expect to feel surprised at the sight of a grown man crying. But I was.

Inured as we are, his naked grief shook me. It felt personal enough for me to not simply click a picture and move on. I just had to know what was bothering him.

His son was unwell and might die, and he just wanted to go back home, the desperate father told me.

I asked him where, and the 40-something man just managed to say “udhar” (there) in between sobs, pointing at the expanse of the road stretching across the Yamuna and meandering towards Delhi’s border some miles away.

It was only much later that I realised home was Bariarpur in Begusarai in Bihar, almost 1,200 km away.

He said he worked as a labourer in Najafgarh and, in the absence of any public transport, had started walking home like thousands of other migrants across the country.

His journey abruptly came to a halt after the police at the bridge refused to let him go further.

The man, broken and defeated, had been stuck at the Nizamuddin Bridge for three days.

I offered him biscuits and some water and tried to reassure him. But can any consolation be ever enough for a father scared he won't see his son ever again?

I desperately wanted to put this man out of his misery and reached out to police personnel in the vicinity requesting them to let him cross the border.

They were reluctant, but since the request came from a media person they said they would ensure he reaches home.

I reached home soon after, and realised I never did ask him his name or his phone number. I wanted to know if he managed to reach home, if he saw his son, if the child was well.

I didn’t have to wait much.

PTI put out the photograph I had taken and it was distributed widely across all media, the anguished father’s grief touching a chord in so many people.

Once his photograph that I clicked started doing the rounds, several newspapers followed up on his story.

And then I learnt. His name was Rampukar Pandit and his son lost the battle of life.

It broke my heart.