While the police and security agencies pull out all stops to prevent Kashmiris from using social media, the VPN developers are also suggesting Kashmiris the way to breach the firewall. 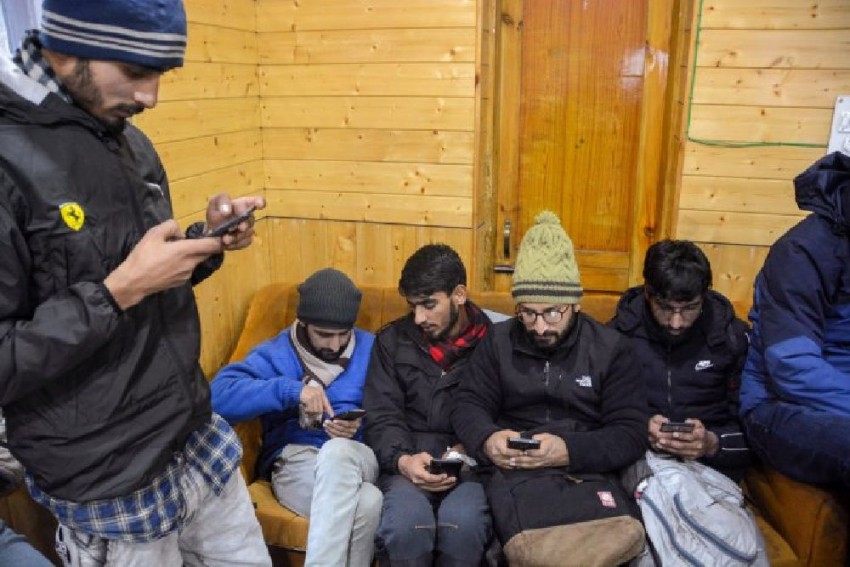 In this file photo, a group of Kashmiris use their mobile phones. (image used for representational purpose only.)
PTI Photo
Naseer Ganai February 19, 2020 00:00 IST J&K Govt Prepares To Create Firewall Against VPNs, Developers Ask Kashmiris 'Not To Worry' 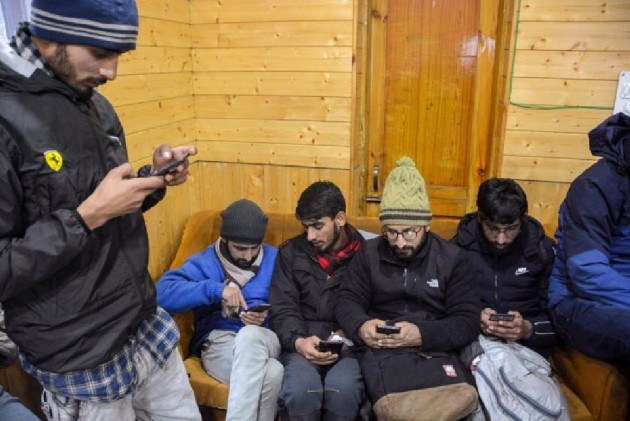 As the Jammu and Kashmir administration prepares to create a firewall to prevent Kashmiris from using Virtual Private Networks (VPN) to access social media, the VPN developers from across the world are tweeting solutions. They are asking Kashmiris not to worry and telling them about VPNs which are immune to a firewall.

While the police and security agencies pull out all stops to prevent Kashmiris from using social media, the VPN developers are also suggesting Kashmiris the way to breach the firewall.

Director-General of Police Dilbagh Singh Wednesday said the police was keeping a vigil on social media networking sites, and it is well aware of the use of VPN by the people in J&K.

Singh said Pakistan had increased its efforts to cause trouble in the Valley, especially after this "VPN-she PN" started functioning in Kashmir.

Following the government's move to restore 2G internet services in Kashmir nearly six months after the abrogation of Article 370, the locals have used VPN to access social media networking sites, including Facebook and Twitter. The VPN enables users to send and receive data across shared or public networks.

The DGP said that at present, the priority of police is to take action against those who are misusing VPNs. He said the government is aware that people are taking advantage of the loopholes. “We know it is being used despite instructions. But there is a line between use and misuse,’’ he said. “Government is keeping surveillance on the misuse of the internet."

The DGP said the police’s priority was to maintain law and order. He said as the situation has improved on the ground, the government gave the relaxation to the people and mobile phones and other services were restored in the newly formed union territory.

He said if the situation improves, more relaxation can be offered.

Following the government order to “curb the misuse of the sites by the miscreants for propagating false information and rumours,” the police registered an FIR.

“The ban was ordered to stop the rumour-mongering and the spread of false and fake facts which could cause social instability,” a police spokesperson said. The police have registered an open FIR with the police asking people not to use social media through different VPNs, the spokesperson said.

The IGP says some people are using social media and instigating violence. "We have proof of that,’’ he said.

He said the people involved in spreading rumours and inciting violence will be dealt with strictly.

'No Talks With Navjot Sidhu Yet': Bhagwant Mann On Rumours Of Congress Leader Joining AAP