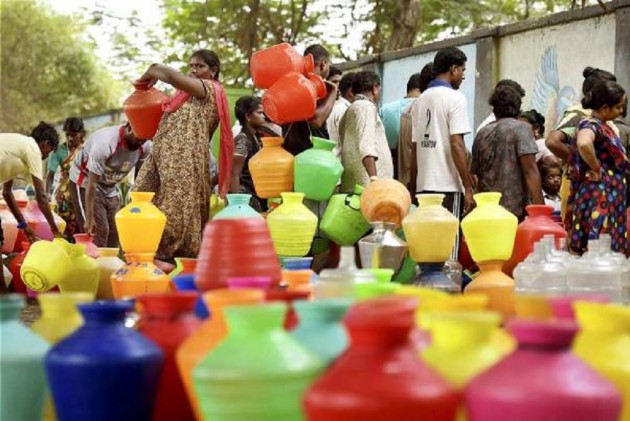 Almost 350 million people living in 100 cities of national importance across the world are at immediate risk of a water crisis, according to a recent survey by the World Wildlife Fund (WWF). These cities face looming scenarios of water scarcity and flooding “unless urgent action is taken to mitigate and adapt to climate change”.

Jaipur, with a population north of 30 lakh, figures 45th on the list. Indore, with its almost 20-lakh people, features on the 75th place. The list includes almost 50 cities in China, along with parts in the Middle East, South America, South Asia, and Africa.

The survey also assigns a risk score out of five to cities in 2030 and 2050. Anything above three qualifies as ‘high risk’ and above four is ‘very high risk’. All 30 cities have fared poorly on the risk assessment: with each scoring at least a three or more for both 2030 and 2050. At the top are Ludhiana, Chandigarh, Amritsar, and Ahmedabad, with troubling scores of 4.9, 4.8, 4.7, and 4.6 respectively.

The WWF Water Risk Filter is “a practical online tool that enables companies and investors to explore, assess, value and respond to water risks worldwide”. It aims to “help evaluate and inform long-term resilience planning and strategy”, the WWF statement notes.

Dr Sejal Worah, programme director of WWF India, highlights how India faces an enduring water crisis, and is home to “current and future lists of cities with the highest overall water risk.”

“The future of India’s environment lies in its cities… For cities to break away from the current vicious loop of flooding and water scarcity, nature-based solutions like restoration of urban watersheds and wetlands could offer solutions. This is our chance to re-evolve and re-imagine what the future of the cities could be,” she said in a statement.

The analysis undergirded the potential of India’s Smart Cities plan that aims to develop a comprehensive institutional, social, and economic infrastructure. It is defined by the government as “the picture of a smart city contains a wish list of infrastructure and services that describes his or her level of aspiration.”

With a holistic framework on water management, the WWF report notes how Smart Cities as an initiative can help develop urban watersheds and wetlands to bolster freshwater conservation. These “are critical for maintaining the water balance of a city, flood cushioning, micro-climate regulation and protecting its biodiversity,” the report said.

It pushes towards ownership at a local level and inclusion of stakeholders in the development process to develop a sustainable water conservation strategy.

The analysis also mentions that the “population in areas of high-water risk could rise from 17 per cent in 2020 to 51 per cent by 2050,” hinting towards a scenario impacting more than 350 million people.