The BJP-led NDA government had announced electoral bonds in the earlier budget, claiming that the scheme would clean up political funding. 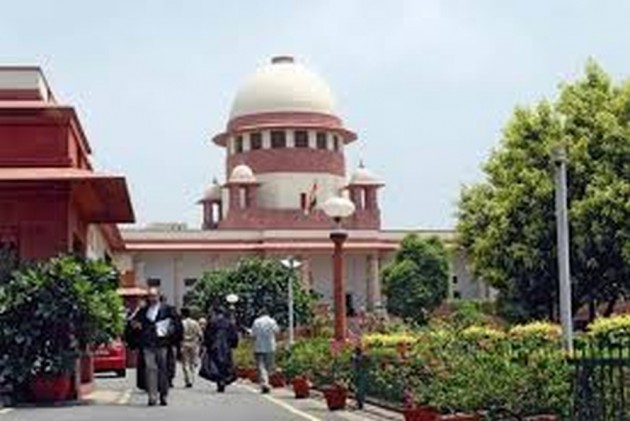 Asking an NGO to file an appropriate application for the matter, the Supreme Court on Friday refused to grant an interim stay on the operation of electoral bonds scheme.

A bench headed by Chief Justice Ranjan Gogoi said the issue requires a detailed hearing and, therefore, it will be taken up on April 10.

Advocate Prashant Bhushan, appearing for NGO Association of Democratic Reforms (ADR), alleged that thousands of crore are anonymously being given to political parties.

He alleged that 95 per cent of electoral bonds are being given to one party that is the ruling party. Attorney General KK Venugopal, appearing for the Centre, said electoral bonds scheme was brought to check the flow of black money into political funding.

He said Bhushan was giving an election speech that 95 per cent of the electoral bonds have gone to the ruling party.

The bench in a lighter vein said, "it's election time. We will hear on April 10".

ADR's application seeks a stay on the Electoral Bond Scheme, 2018, which was notified by the Centre in January last year.

The BJP-led NDA government had announced electoral bonds in the earlier budget, claiming that the scheme would clean up political funding.

The Election Commission had on March 27 told the Supreme Court that it had expressed its reservations on the introduction of electoral bonds and the provision for non-disclosure of contributions as it felt would cast its shadow on transparency and accountability in political funding.

Citing its repeated insistence on the importance of the declaration of donations received by parties, the poll panel said that it had, in a communication on May 26, 2017, told the Law Ministry that non-disclosure of contributions received by parties through electoral bonds would prevent in ascertaining whether they had accepted any donation in violation of Section 29B of the Representation of People Act that bars receipt of such donations from government companies and foreign sources.

The Election Commission said that it had on March 15, 2017 written to the Law Ministry suggesting certain amendments to the Income Tax Act and the Representation of People Act.