Several ministers are known to have complained to Nitish directly over ‘flagrant neglect’ by the top bureaucrats. 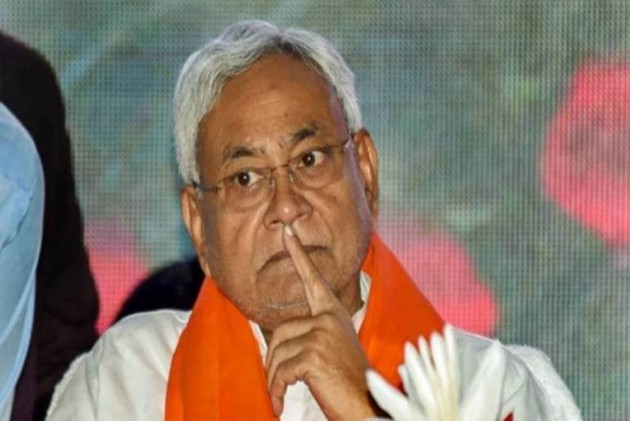 The ruling party leaders appear to have an unusual adversary in Bihar: bossy bureaucrats.

Ministers, parliamentarians, and legislators from NDA are among those who have continually claimed over the years to be at the receiving end of the alleged highhanded attitude of the senior babus holding key administrative and police posts in the state.

The latest to go to town about the ‘autocratic’ government officials is none other than Bihar’s social welfare minister Madan Sahni. So miffed is he with his department’s principal secretary Atul Prasad that he has announced his resignation from the Nitish cabinet in a huff.

Bihar: Amid Revolt In LJP, Speculations Rife Of 13 Congress MLAs Switching Over To JDU

It has blown the lid off a deep discontent among the people’s representatives, including MPs and MLAs, lying dormant for several years in Bihar.

A JD-U leader from Darbhanga, Sahni has stirred a hornet’s nest by announcing his decision to quit the Nitish-led ministry and hitting out at the bureaucrats for paying no heed to the ministers like him. “They (the officials) simply don’t listen to us,” he says. “Let alone the secretary, even the peons don’t bother about us.”

Sahni says that is why he has decided to tender his resignation. “I have been a minister for six years but I have been putting up with it all through my tenure. What will I do with a huge bungalow and big cars provided to me as a minister if I am not able to serve the people of the state,” he says, adding that other ministers are in no better situation than him.

Sahni has found ample support from Hindustani Awam Morcha-Secular president and former chief minister Jitan Ram Manjhi, whose party is part of the ruling coalition. A BJP legislator Hairbhushan Thakur also says that the MLAs have been reduced to the status of peons by the babus in the state.

Sahni is said to be angry with Prasad, an additional chief secretary-rank officer, for allegedly sitting over the files of the transfer postings in utter disregard of his recommendations. It may well be the immediate provocation for the minister to quit but reports of acute differences between the ministers and the secretaries in various departments have been popping up intermittently during Nitish’s tenure for the past 15 years.

Several ministers, MPs, and MLAs in the past are known to have complained to Nitish directly over ‘flagrant neglect’ by the top bureaucrats. On many occasions, they have also openly expressed resentment over the ‘shabby treatment’ meted out to them by the babus.

Sahni, an extremely backward caste leader, is not the only JD-U or the ruling coalition to have expressed his annoyance over the “autocratic” state bureaucracy in recent days. The JD-U legislator from Parbatta in Khagaria, Dr. Sanjeev Kumar also demanded immediate removal of the district police superintendent, alleging a threat to his life. In a letter to Chief Minister Nitish Kumar, he has alleged that the Khagaria SP Amitesh Kumar is hand in glove with the criminals.

Several ruling coalition leaders say that the bureaucrats and senior police officials do not give any importance to anyone except the chief minister. The Opposition alleges that Nitish gives more importance to the bureaucrats than the people’s representatives, which has emboldened them to defy the ministers, MPs, and MLAs.

Although the Nitish government has issued different circulars from time to time directing the bureaucrats to give ‘due respect’ to the people’s representatives, the chasm between them has continued to widen. Soon after Nitish came to power in November 2005, all the principal secretaries, divisional commissioners, district magistrates, and top police officials were directed to follow ‘official work ethics’ with MPs/ MLAs, as per the norms outlined by the Centre’s Department of Personnel and Training.

In 2013, the state government again told the bureaucrats to ‘get up from their chairs while receiving an MP, an MLA or an MLC’. They were also directed to follow up if they received any "missed" calls or messages from the leaders. Moreover, they were asked to give appointments to MPs and legislators from their respective jurisdictions at least once a week and give them a patient hearing. But all these directives were trashed by the babus as nothing but a routine administrative exercise.