Over the past few days, several media reports have suggested that Praveen Chakravarty provided fake surveys and cooked up data to Rahul Gandhi to give an impression that the Congress was set for a massive resurgence in the Lok Sabha polls. 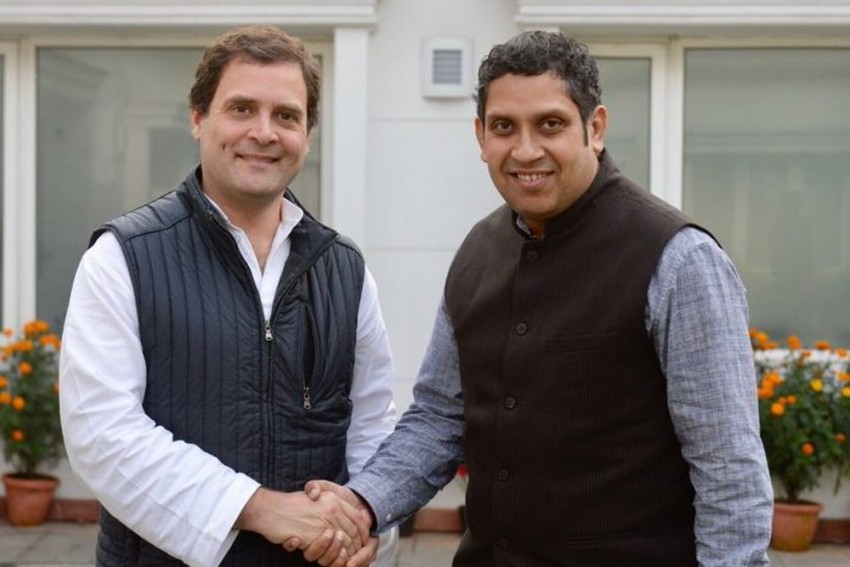 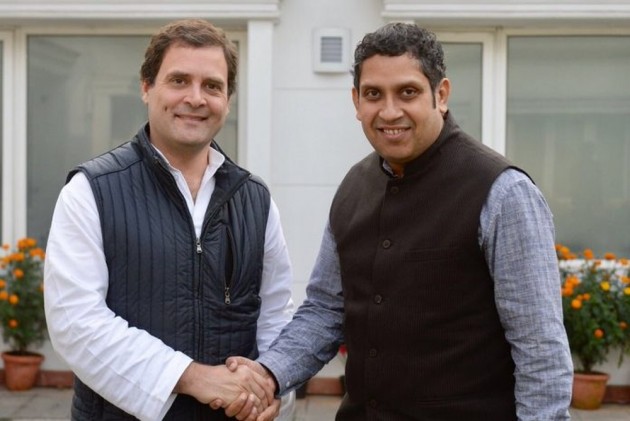 Over the past few days, several media reports have suggested that Chakravarty, a former investment banker whose meteoric rise within the Congress party within a very short span has caused much heartburn in the party, provided fake surveys and cooked up data to Rahul to give an impression that the Grand Old Party was set for a massive resurgence in the Lok Sabha polls.

The actual poll results, as is now well known, spelled doom for the Congress, with Rahul himself losing his family seat of Amethi and the party’s tally halting at an abysmal 52 seats, an embarrassing improvement of just eight seats over the 2014 score.

Ever since the poll results were declared on May 23 paving the way for Rahul Gandhi’s assertion of resigning as Congress president, Chakravarty, who was otherwise an oft-quoted Congressman in the media during the Lok Sabha polls, has maintained a deafening silence, rarely showing up at the party headquarters on 24, Akbar Road in Lutyen’s Delhi. In fact, at the Congress Working Committee meeting convened on May 25 to assess the reasons for the poll rout – Rahul offered to resign as party president at this meeting – several veterans had voiced their reservations about the role of the Congress data analytics department, headed by Chakravarty, during the election campaign.

The whisper campaign against Chakravarty and the other “non-political” coterie around the Congress president which emerged as a formidable power centre within the party over the past two years has been gaining momentum since the May 25 CWC meet. While the Grand Old Party continues its struggle to resolve its leadership crisis following Rahul’s insistence on stepping down it is also leaking like a colander when it comes to alleged omissions of its president’s confidantes.

While criticism of key Rahul-aides like Nikhil Alva, Alankar Swain and K. Raju has been more anodyne as they do not hold any major role within the party organization and function in the shadows, the attack on Chakravarty and Divya Spandana has been more virulent. Chakravarty clearly is at the receiving end of the most brutal campaign from his party colleagues who prefer to blame him for what is essentially seen, in the public eye, as Rahul’s failure.

Among the rumours that are now doing the rounds, through reports by various media houses, about Chakravarty are that he misused Shakti – the party’s mobile app originally envisaged as an interface platform for party members to voice their suggestions and grievances to the leadership – to carry out fudged membership drives and poll surveys with the aim of misleading Rahul about a non-existent surge in Congress popularity. One report suggested that Chakravarty had not provided the Congress with the hard disc of the data collected through Shakti, for which he allegedly presented a bill of Rs 24 crore to the party. Some have even insinuated that Chakravarty was a BJP mole in the Congress!

On Monday, with Rahul back in Delhi from his weeklong London getaway and the grapevine buzzing with even more vicious rumours about the goings-on in the Data Analytics department, Chakravarty issued a statement through his Twitter handle. “A recent gossip column about the activities of the Data Analytics department of the Congress party during the recently concluded Lok Sabha elections has been brought to my attention. Every line in that column is a lie. Equally, other similar stories based entirely on unnamed sources, masquerading as investigative pieces, are plain rubbish,” the statement read.

Some Congress leaders Outlook spoke to said on condition of anonymity that while there were valid reasons to find fault with Chakravarty’s functioning and the “opaque manner in which he ran the data analytics department”, much of the criticism being hurled at him is also “indicative of the continuing unease between the party’s Old Guard and the young guns brought in by Rahul”.

“None of the party seniors have been happy about the team that runs Rahul’s war room. Unlike Sonia Gandhi who went the extra mile to mollify disgruntled leaders, strike a balance between the seniors and the baba lobby and give everyone a patient hearing, Rahul has shown no inclination to reach out to those he believes are past their sell-by date. The problem really is that though the seniors may be out of sync with today’s politics, they still know the ground realities while Rahul’s team of IIM/IIT professionals neither have an idea about what the Congress means nor of how electoral politics works in India,” a senior Congress functionary told Outlook.

Another leader said, “no one within the party can openly speak against Rahul and his failures but his core team of people like Praveen Chakravarty who have no base and no political stature are easy targets. Also, it is worth asking that if Chakravarty was fudging data, siphoning off funds and misleading Rahul while working closely with him and others like P. Chidambaram and Jairam Ramesh, how is it that no one called the bluff? You have to be a fool or a total failure yourself to be led down the garden path.”

A former Congress chief minister told Outlook, "As party president, Rahul had been touring across the country, campaigning for the party. State unit presidents and chief ministers of Congress ruled states were also sending him regular feedback on the ground realities. If despite all this, he chose to buy Chakravarty's fake surveys, who do you think is at a greater fault? We, obviously, can't answer that question aloud."

With Sonia being forced to step out of the self-imposed semi-retirement that she had opted for after her son replaced her as Congress president in December 2017 and make desperate attempts to salvage whatever is left of her atrophy-struck party, the friction between the veterans and the novices is likely to be a prolonged one. For the Congress, this is clearly not good news at a time when it is clueless about Rahul’s intentions of staying the course and an aggressive BJP, under Narendra Modi and Amit Shah, trying to erase the few fading footprints of the Grand Old Party that remain on India’s political landscape.

Rahul, sources say, is expected to meet a group of party leaders tomorrow. The agenda of the meeting is to gauge, once again, what has been going awry for the party. Well, pretty much everything.