There are strong rumours that KTR will take over the reins from his father sooner than later, but their party TRS denies it. 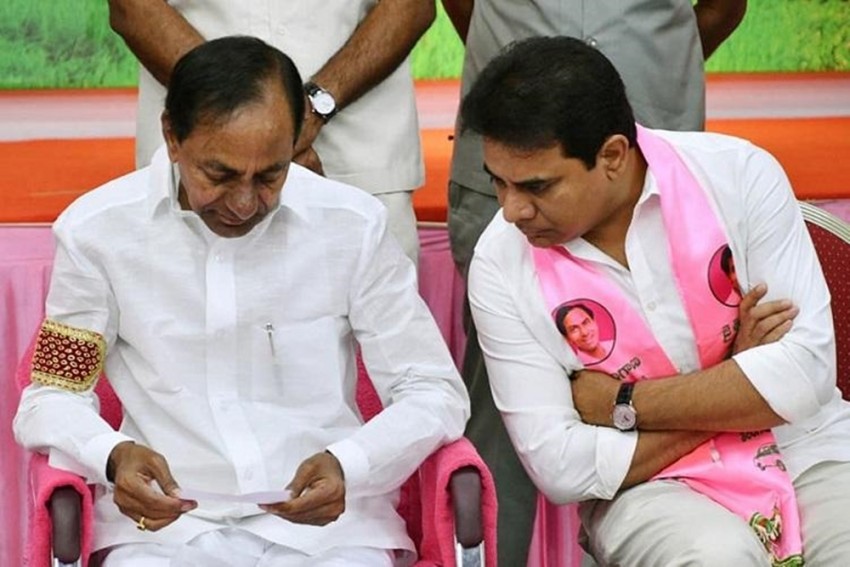 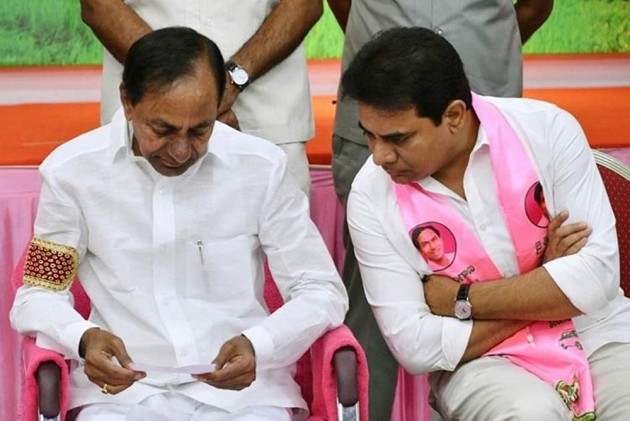 There are apparently two auspicious days finalized to install Kalvakuntla Taraka Ramarao (KTR), son of K Chandrasekhar Rao, as the next chief minister of Telangana. One is on February 18 and the other is in July (any time before July 24 as it happens to be his birthday). KTR is presently the urban development & IT minister. If it happens, at 45, he will be the youngest chief minister in the annals of Telugu states.

But the ruling Telangana Rashtra Samithi (TRS) party’s secretary-general Dr K Keshava Rao dismisses it as hearsay. “No, it’s only a rumour and there is no truth in it, ” he tells Outlook. “I don’t think that is going to happen,” he adds, saying didn't wish to be dragged into the controversy.

But people close to the Kalvakuntla family and privy to these developments do confirm that KTR will be made CM sooner than later. “Why can't they accept the fact that it was KCR’s decision to declare his son KTR as his political heir, just before the 2018 assembly polls? Is it not true that supporters of T Harish Rao, nephew of KCR and present home minister, was snubbed by the CM?” asks someone close to the family who didn't want to be named.

Many who know KCR well and have been with him since the days of separate statehood agitation claim that he has indeed made up his mind to hand over the baton to his son. Several others within the party are also well aware of it. He made his son the party’s working president, sending a strong signal to Harish Rao, that he should stop dreaming of the CM’s post. Party sources say KCR is in a hurry to anoint his successor due to failing health. He is diabetic and also has to undergo weekly dialysis in a private hospital due to kidney dysfunction.

It was KTR, who led the party to victory along with his father for the second consecutive term after state formation. This was despite the Opposition joining hands to form a United Front, burying their ideological differences, especially the Congress and Telugu Desam Party (TDP) coming together in the 2018 assembly polls. The Opposition coalition fell apart as they suffered the worst ever defeat. The Congress was reduced to 19 seats in the 117-strong assembly, while the BJP fell from 7 to 1.