'One Nation, One Market' Is Vital: Niti Aayog's Dr Ramesh Chand On Reforms In Agricultural Trading

Agricultural economist and Niti Aayog member Dr Ramesh Chand talks about the reform which the government claims will lay the foundation for ensuring golden harvest for farmers and contribute to doubling their income. 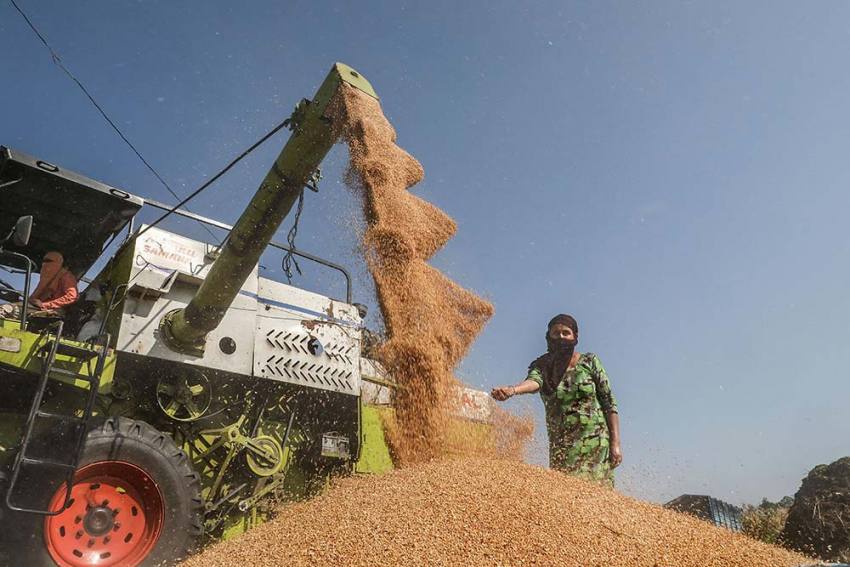 Farmers use a multi-functional machine to harvest wheat crops at a field, during a nationwide lockdown in the wake of coronavirus pandemic, on the outskirts in Jammu.
PTI Photo
Jyotika Sood 2020-06-05T18:28:39+05:30 'One Nation, One Market' Is Vital: Niti Aayog's Dr Ramesh Chand On Reforms In Agricultural Trading 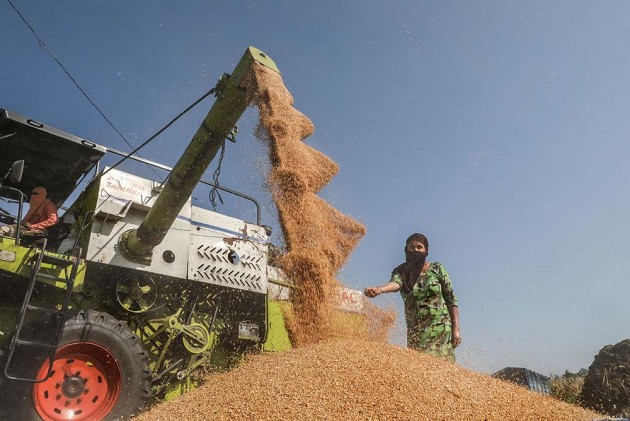 Union Cabinet headed by Prime Minister Narendra Modi has approved 'The Farming Produce Trade and Commerce (Promotion and Facilitation) Ordinance, 2020'. The ordinance brings several APMC (Agricultural Produce and Marketing Committee) reforms paving way for One India, One Agriculture Market or in easy terms ‘One Nation-One Market’. Before this, there were restrictions for farmers selling agri-produce outside the notified APMC market yards or their districts. The ordinance comes as only a dozen states were on board for reform.

Agricultural economist and Niti Aayog member Dr Ramesh Chand in an interview with Outlook’s Jyotika Sood talks about the reform which the government claims will lay the foundation for ensuring golden harvest for farmers and contribute to doubling their income. Edited excerpts:

How important is the idea of 'One Nation-One Market'? How will it help farmers?

With the increase in commercialisation of agriculture, the share of farm produce that is sold within the state shrinks and the share sold outside increases. Moreover, consumption patterns in the country are getting diversified largely due to an increase in per capita income. People want to consume a range of products often grown outside the state and even outside the country. This necessitates seamless flow of farm produce across the country without regulatory restrictions and barriers and excessive intermediation. This requires supply chains and value chains that move products from one state to another state quickly and efficiently and integrate consumer with producer at distant geographies. Such development is accelerated if we have uniform rules of game across the country with freedom to farmers and traders to sell, buy and move produce without unnecessary checks and barriers. Such 'one nation one market' is vital to raise price realisation by farmers, supply food to the consumer at competitive prices and to compete with import and push export.

By when can we expect 'One Nation - One Market' to be implemented?

The central government has shown the required urgency by bringing new law for agricultural trading through ordinance route as there has already been considerable delay in achieving goals of market integration and competitiveness. The ordinances will be notified very soon. I hope farmers, as well as traders, will take cognizance of the new trading opportunities created by law for them and will start preparing to do business as per the new liberalised trading environment when Kharif crops are harvested, from next September onward.

Will farmers make more money with the reforms?

Surely, they will. In fact, the main focus and goal of the three policy reforms cleared by the Union Cabinet in its meeting held on June 3 are to help farmers get higher remunerative prices by creating new sale avenues and higher competition. Reduction in marketing cost and market margin due to large intermediaries often gets distributed over producers and consumers.

Will small farmers with less produce have power to bargain?

Higher competitiveness in the sale of commodities always benefits sellers. Therefore, higher efficiency in the new marketing and trade environment will benefit all categories of farmers having marketable surplus. In order to get further benefit from the liberalised environment, small farmers need to connect directly with consumers and end-users and also participate more in sales platforms. This will require some minimum scale which small farmers can create by joining hands with one another forming producers’ group or FPO kind of organisation.

Do you think forming Farmer Producer Company (FPCs) is the best way to approach in this new scenario?

FPO is considered a beneficial institution for empowerment and protection of all type of farmers and more important for small landholders. This has been amply experienced in case of dairy cooperatives in the country.

How has been the states’ response to this idea?

All states want their farmers to get remunerative prices and earn better income from agriculture. States are for creating better marketing avenues for their farmers. Discussion with States to adopt Model APMC Act and Model Contract Farming Act has been quite supportive of reforms in agriculture marketing and trade. Many of the ideas contained in the ordinances have come from states. The provisions in new trading laws have not touched the sphere of State APMCs in their market yards. Even deemed to be markets declared under APMC will continue to operate as per the APMC regulations.

Will it be easy to change farmers’ mindset? What all efforts would be required to make ‘One Nation-One Market’ popular?

The problem in agriculture is not of farmers’ mindset but the restrictive regulatory environment and missing opportunities. Better logistics, farm-friendly infrastructure, easy access to modern capital, assurance about prices, sharing of market risk and incentive for diversification towards more paying quality produce and high-value produce will motivate farmers to think about transformation in the ways they do agriculture and the way they do business in agriculture. We need to create enabling environment with favourable terms for the farmers to achieve the real goal of “One Nation One Market” and for the success of “Atamnirbhar Bharat”.