"Our G20 priorities will definitely be our own priorities. But we will also carry forward legacies of previous presidencies. We are not going to just dump it and say we have nothing to do with this," Suresh Prabhu said. 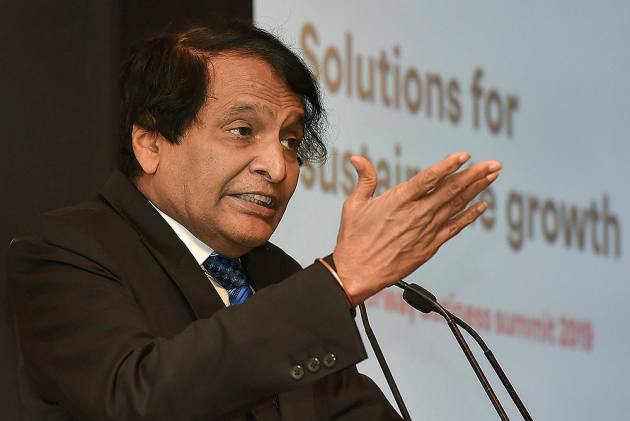 India's G20 priorities will be its own, but it will carry forward legacies of previous presidencies of the premier forum for international economic cooperation with renewed vigour, the country's Sherpa to G20 and G7 Suresh Prabhu said on Wednesday.

India, which will host the G20 presidency in 2022, would be interested in discussing environmental issues, he added.

"Our G20 priorities will definitely be our own priorities. But we will also carry forward legacies of previous presidencies. We are not going to just dump it and say we have nothing to do with this," Prabhu said.

He was addressing a virtual event organized by industry body CII.

"We will make sure that the previous presidencies' priorities will be taken forward with renewed vigour," Prabhu said.

He further noted that G20 countries will have to work on technology as it will be key to achieve success in the future.

Noting that millions of Indians work in Saudi Arabia and send remittances back home, he said, "Saudi Arabia is providing us energy security, so we will also provide food security to Saudi Arabia."

Speaking at the event, Rahul Chhabra, an economic relations secretary in the Ministry of External Affairs (MEA), said India has much to offer to the rest of the world in terms of generic drugs.

"India will inherit the G20 presidency in the times of COVID-19 uncertainty," Chhabra said.

He also noted that Asia has been an engine of global growth for the last few years.

Collectively, the G20 economies account for nearly 90 percent of the gross world product, 80 percent of world trade, two-thirds of the global population, and approximately half of the world's land area.