Indian Doctors From USA Stay Back To Treat Protesting Farmers

Svaiman Singh, said they set up medical camps at Tikri nearly 20 days back and have been attending to the sick farmers since then. 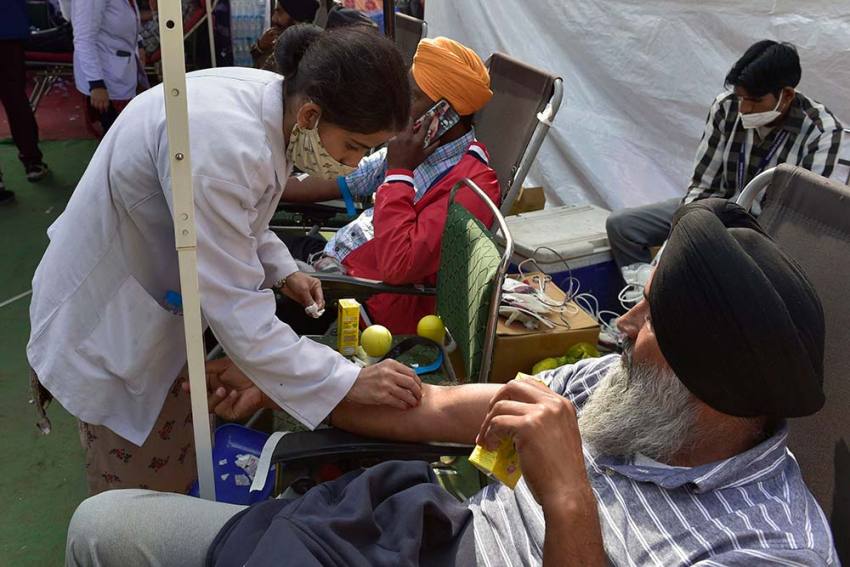 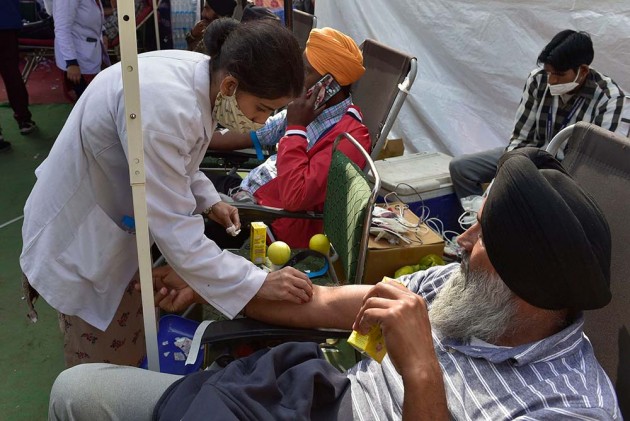 A group comprising 20 Indian doctors from the USA has delayed its return to provide medical services at Tikri border, where thousands of farmers have been protesting against the new farm laws for over three weeks now.

Svaiman Singh, one of the doctors in the team, said they set up medical camps at Tikri nearly 20 days back and have been attending to the sick farmers since then.

"Every year we come to India to set up free medical camps to help those in need. This year the people who were most in need are these farmers, so we are here," the cardiologist said.

"We came to India about three months back for our annual medical camp trip and were scheduled to return in a month’s time, but stayed back to offer facilities to the farmers,” he said.

Hailing from a farmers’ family himself, the doctor said they plan to stay back as long as the farmers need them.

He also said they are being helped by doctors in India with all kinds of medical supplies.

According to Singh, who has been practising as a doctor in the USA for the last four years, they have been attending to at least 1,500-2,000 patients every day, and the most common ailment bothering the protestors is "stress".

“The problem with being stressed is that it reduces your immunity, which is why people in large numbers here are suffering from fever, diarrhoea, and are highly prone to catching the coronavirus,” he said.

When asked if they are advising the farmers to wear masks as a preventive measure against COVID-19, Singh explained that most farmers were refusing to wear masks, partly due to ignorance and partly to avoid disruption by miscreants.

"There is of course ignorance, but most of them are afraid that once they start wearing masks, miscreants will enter the protest wearing similar masks, disrupt it, and escape unidentified.

"In fact we saw it ourselves that towards the beginning, there was an incident where a person wearing a mask had broken a toilet here,” he said.

Currently, Singh and his team from the USA are funding these medical camps from their own pockets, but he is not complaining.

"We will worry about money when we run out of it, but I am sure ‘humaari jeben kabhi khali nahi hongi’ (Our pockets will never be empty). We are here to do 'sewa', and we will do it as long as it is required," he said.

Besides the medical camps, Singh’s team is also providing cleaning and sanitation services, food supplies, and books for the farmers’ children.

"We are trying to ensure that the protest site is cleaned regularly because inadequate sanitation can cause many diseases," he said.

While their main camp is located at the Tikri border, they also have a volunteer team at the Singhu border and are trying to arrange similar provisions at the Ghazipur border as well.

Thousands of farmers, mostly from Punjab and Haryana, have been staying put at several Delhi border points for the last 22 days demanding repeal of three new farm laws introduced by the Central government.

Enacted in September, the three laws have been projected by the government as major reforms in the agriculture sector that will remove middlemen and allow farmers to sell their produce anywhere in the country.

However, the protesting farmers have expressed apprehension that the new laws would pave the way for eliminating the safety cushion of MSP and do away with the mandis, leaving them at the mercy of big corporates.

Case Against Kangana Ranaut Filed In Bihar By RSLP Leader