The awards are announced on the eve of Republic Day.

This year the President has approved conferment of 141 Padma awards including four duo cases (in a duo case, the award is counted as one), the statement said.

"Thirty four of the awardees are women and the list also includes 18 persons from the category of Foreigners/NRI/PIO/OCI and 12 posthumous awardees," it said.

Sixteen people have been given the Padma Bhushan and 118 the Padma Shri.

"Congratulations to all those who have been conferred the Padma Awards," he tweeted.

Singers Suresh Wadkar and Adnan Sami, as well as veteran TV actor Sarita Joshi have been conferred with the fourth highest civilian award of the country.

There are 21 'unsung' heroes who were given Padma Shri this year including Jagdish Lal Ahuja, who serves free food to patients and attendants outside PGI hospital in Chandigarh; Mohammed Sharif from Faizabad, who has performed last rites of over 25,000 unclaimed bodies' and veterinarian from Assam Kushal Konwar Sarma who is known for treating elephants.

Seventy-two-year-old Tulasi Gowda from Karnataka, who earned the sobriquet "encyclopedia of forests" because of her vast knowledge of diverse plants species in spite of lacking formal education, has also been given the award, it said.

Sathyanarayan Mundayoor, known as Uncle Moosa of Arunachal Pradesh, who has been promoting education and reading culture in remote areas of Northeastern states for last four decades; Abdul Jabbar aka 'voice of Bhopal' (posthumously), known for fighting for the cause of victims and survivor of 1984 Bhopal gas tragedy; and Usha Chaumar, a Dalit social worker working in the field of sanitation in Rajasthan, have also been given the award.

Here is the full list of all Padma awardees: 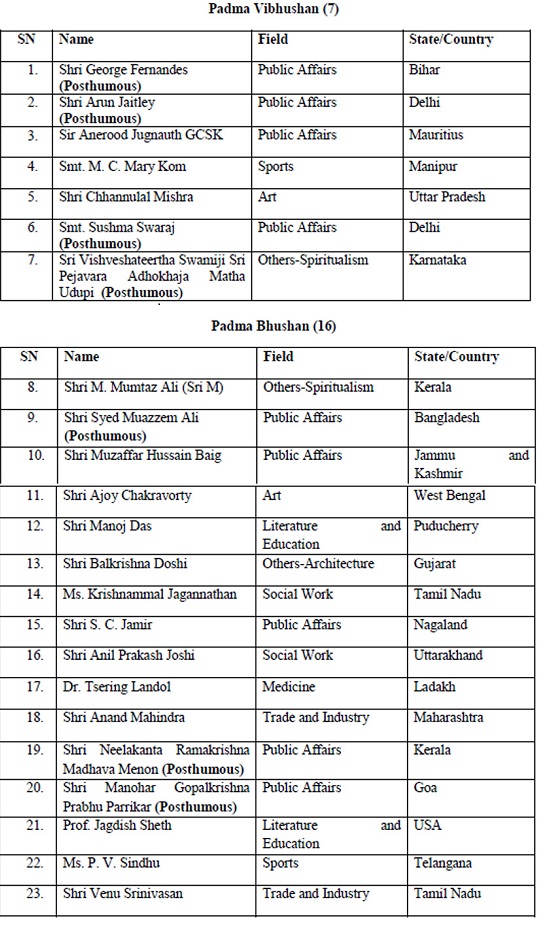 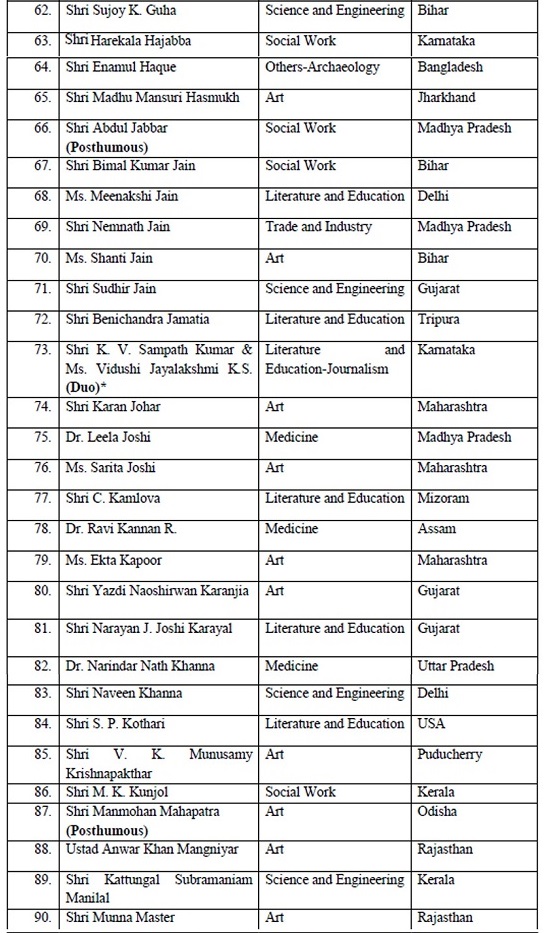 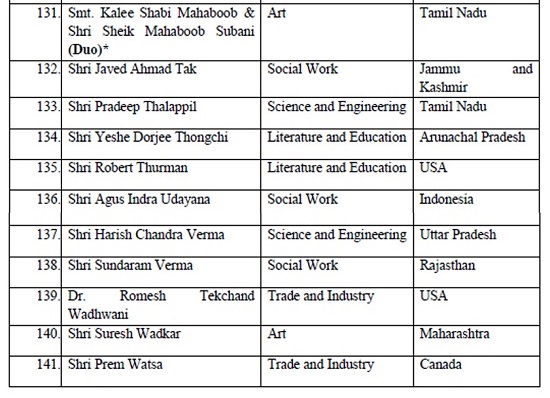