Shantiram Chettri, 60, an avuncular gentleman who had fascinating stories to tell about his coming face-to-face with the one-horned rhinos 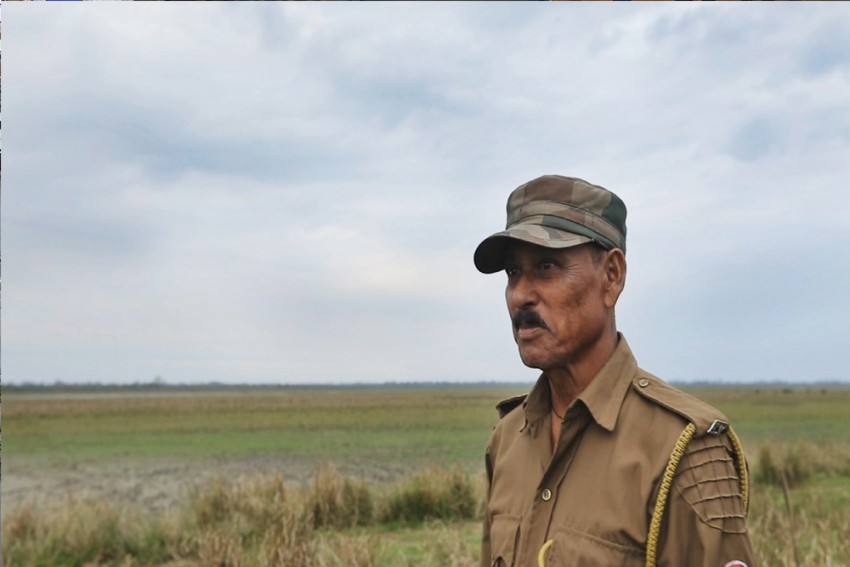 Kaziranga is one park in India, which, like the African savannah, will spoil you silly. It boasts of the presence of its own big five: Rhino, Asiatic water Buffalo, Elephant, Swamp Deer and of course the Tiger. The tiger will play elusive but the others are easy to spot.

The national park is blessed with an abundance of wildlife, and it is this very fact that has now become its weakness.

Such abundance can be taken for granted only at great peril and cost.

Two-thirds of the world’s one-horned rhinos live in the Kaziranga. They roam within the national park as free cattle. Their range is restricted only by porous boundaries. In the dead of the night, it is the easiest thing for a poacher to spot, shoot, and dehorn a Rhino and walk away with the prize.

And when we talk about poachers, it is not just a reference to regional hunters but also international syndicates that are willing to pay a hefty amount for the Rhino Horn. In such a scenario, what does it take to ensure that the last of the world’s one-horned Rhinos aren’t lost to the poacher’s greedy bullet?

That is where forest guards like Shantiram Chhetri come into the picture. 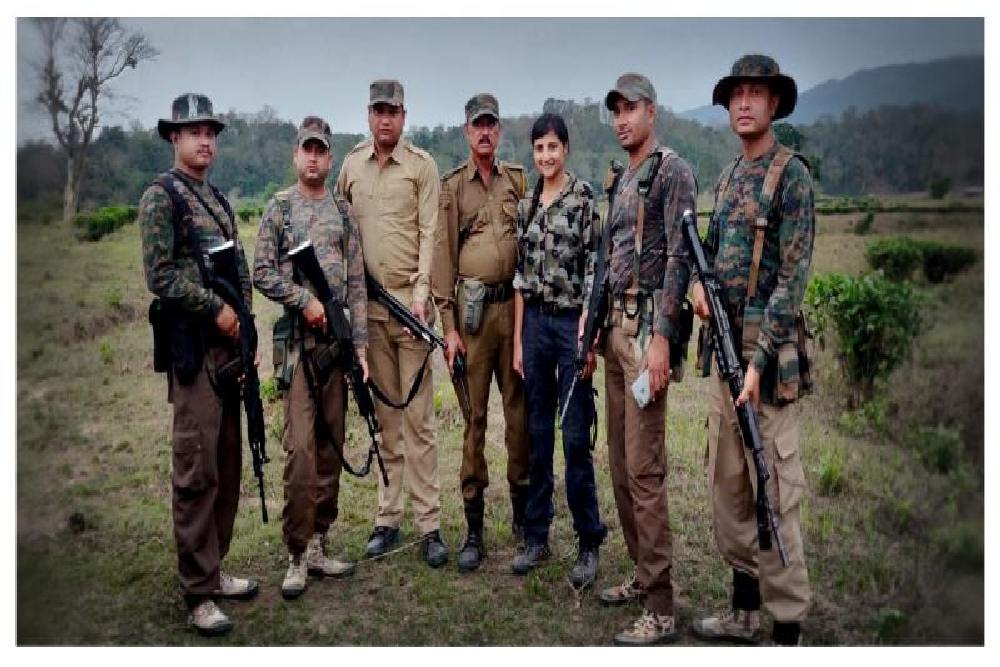 I first met Shantiram Chettri outside Bagori forest range office. This avuncular gentleman, around 60 years old, had fascinating stories to tell about his coming face-to-face with the one-horned rhinos. Once, when he encountered a rhino while he was on a narrow bicycle path with nowhere to run, or at another time when he fell off his motorbike and a nearby rhino mangled it to bits and pieces. He narrated these tales with the energy and passion of a young man. These stories were like movie-thrillers, only more exciting, for they were not make-believe, but real.

For over four decades, Shanti Ram Chhetri has protected Kaziranga and its animals at the risk of his life and limbs. He has lived through raging floods and burning summers, but nothing has deterred him from his duty – to stand like a soldier between the poacher’s bullet and the Rhino.

Chhetri has been “chasing Rhinos” since he left home in 1981. He humbly admits in the most matter-of-fact way that he is nothing without the Rhino.

During our filming, we were lucky to witness the last days of Chettri’s service. True and steadfast to the end, he retires in style, conducting one final anti-poaching operation that continues till the last hours of his duty. If that’s not heroic, then what is?

Shantiram Chhetri’s farewell was heartbreaking. But as the eulogies were delivered, the memories shared and the stories told, I couldn’t help but think that this farewell was indeed a celebration of his great achievement.

Like a true warrior of the wild, Chettri, in the end, handed the baton on to the next generation of Rhino protectors.

The author is a presenter for 'Heroes of Wild Frontiers', a television series on India's forest guards which is being aired on Animal Planet. It is directed by national award-winning conservation filmmaker Krishnendu Bose.