It appears that the Congress has finally realised the folly of its non-existent media strategy that relied on senior spokespersons who were mild-mannered. 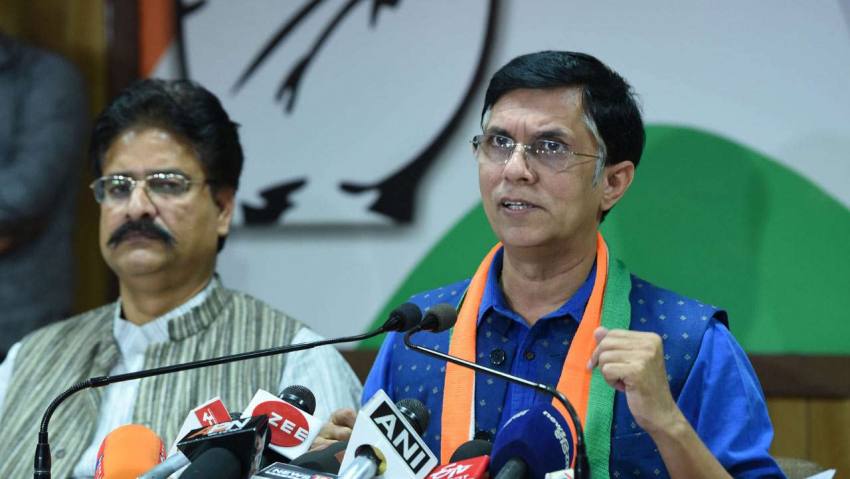 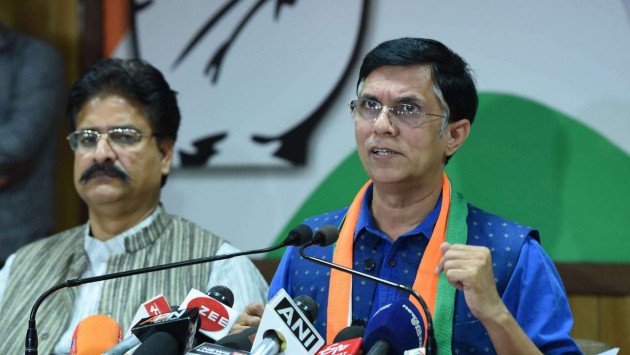 In the immediate aftermath of its drubbing in the May 2019 Lok Sabha polls, the Congress party had decided against sending its spokespersons for TV news debates.

Many within the party believed that the decision was taken to avoid further humiliation in wake of the electoral rout and also because Congress spokespersons were routinely berated on these panel discussions.

For the five years that had preceded that Lok Sabha polls, the anodyne response of Congress spokespersons to their bellicose BJP counterparts has successfully amplified the perception of the Grand Old Party being no match for its principal rival. The BJP, with its formidable IT cell army, would circulate clips of its on-air debating triumphs through social media networks, progressively worsening the optics for the Congress. While the Congress came out looking like a party that was perpetually in surrender mode, the BJP won the perception war by pushing its narrative, irrespective of the facts.

A year on, it appears that the Congress has finally realised the folly of its non-existent media strategy that relied on senior spokespersons who were mild-mannered to the point of being outright insipid against the pugnacious theatrics of their rivals. A new breed of Congress spokespersons – some who have, no doubt, been around longer than others – is forcefully putting forth the party’s views in TV debates, backed with a social media fan-base that promptly helps clips of their televised verbal exchanges go ‘viral’ – a leaf straight out of the BJP’s handbook. This is not to say that familiar Congress talking heads – veterans like P. Chidambaram, Anand Sharma, Abhishek Manu Singhvi, Kapil Sibal or Ghulam Nabi Azad – have taken a sabbatical but there is a visible generational shift.

Khera, who became a Congress spokesperson in December 2018, appears to be the current favourite. In the Delhi media, Khera was a familiar name much before his appointment as Congress spokesperson. He had worked as political secretary to the late Sheila Dikshit throughout the 15 years that she was Delhi chief minister – a stint that made Khera the go-to person for every journalist who wanted to speak to Dikshit. Lately, however, Khera has gained celebrity status for what many of his fans on Twitter think is ‘the only way of exposing the BJP and pro-government media channels’.

In wake of the ongoing India-China standoff in Ladakh’s Galwan Valley, Khera has been routinely throwing history lessons at his BJP counterparts on TV debates. Each time a BJP spokesperson speaks about Prime Minister Narendra Modi’s muscular policy, Khera hits back with examples of India’s victory against Pakistan and China during Congress regimes in 1965, 1967 and 1971. The Congress spokesperson makes no qualms in admitting to the misplaced romanticism of Jawaharlal Nehru towards the Chinese ahead of the 1962 Sino-Indian War in which India was humiliated by the aggressors. Khera never misses to add that despite knowing that Opposition leaders of the time would roast Nehru over the coals for the war, the country’s first prime minister did not shy away from convening a special Parliament session to discuss Chinese aggression “unlike Modi” who continues to claim that there has been “no intrusion” into Indian Territory.

Almost on a daily basis now for the past month, Khera has been participating in two consecutive debates on different channels each evening to put across his party’s position. With his strong grasp on both Hindi and English, Khera effortlessly moves from a debate on Aaj Tak to another on India Today TV or NDTV, combating his rivals with equal gusto. Often at the receiving end of his barbs are also news anchors, who have often made known their pro-government stand on critical issues.

Khera’s combativeness on TV channels has earned him praise from a large number of Twitter users who routinely tweet and retweet clips of his ripostes to the BJP and urge the Congress to induct “more spokespersons like him’. However, while Khera may be the reigning favourite among Congress supporters and sympathisers on Twitter, fact is that the aggression he has come to symbolize has been in the making for some time within a section of the party’s spokespersons.

Like Khera, Congress spokesperson Gourav Vallabh too displays the same aggression during his encounters with BJP spokespersons in TV debates. In fact, much before Khera gained prominence for his saber-rattling with BJP rivals, Vallabh had earned his own fan following for stunning Sambit Patra into silence with sharp and witty posers. A former professor of finance at the XLRI, Jamshedpur, Vallabh had contested the recent Jharkhand assembly polls against then chief minister Raghubar Das. Though Vallabh’s electoral debut ended with a disastrous defeat, his resolve to take on BJP rivals hasn’t dimmed. When the coronavirus pandemic began, Vallabh was also appointed as a member of the Congress consultative group constituted by Sonia Gandhi to discuss what her party’s stand should be on various issues. The composition of the 11-member group –Dr. Manmohan Singh, Rahul Gandhi, P. Chidambaram and Jairam Ramesh are part of it – is an indicator of Vallabh’s rising stock within the party.

The other surprise member of the consultative group was former journalist Supriya Shrinate. Though Shrinate has been a member of the Congress party for just over a year, she too has emerged as a strong voice of the party on various media platforms. She vociferously puts across the party’s stand on various issues related to the economy or with the political issues of Uttar Pradesh where she is reportedly working closely with Priyanka Gandhi Vadra.

A less spoken about but equally curious aspect of these aggressive Congress spokespersons is that nearly all of them are first generation politicians and have reached this station through their talent. Though Khera’s association with the Congress has been the longest in this lot and may have thus afforded him easy access to the senior leadership, he spent some years in political wilderness after Dikshit lost power in 2013 only to bounce back by working tirelessly for the party. His colleagues Vallabh, Ragini Nayak and Rajiv Tyagi too have made it thus far without the badge of a dynasty or godfather; though in a shorter span of time.

Tyagi was a Congress worker in U.P before a chance meeting with Rahul Gandhi at a party event in 2005 pushed him into the limelight. Tyagi was first made a Congress office bearer in U.P and then worked his way up to become a national spokesperson. Over a year ago, he had famously silenced an anchor of a Hindi news channel by calling out the journalist’s bias and communal hate mongering. Though the language Tyagi used against the anchor on live TV was intemperate, the Congress spokesperson has remained unapologetic about this and continues to represent the party on various platforms with the same aggression.

Nayak too has come a long way. She was elected Delhi University Students Union president back in 2005 and has been a party worker since. She unsuccessfully contested the 2015 Delhi Assembly polls but quickly put the disappointment behind her. Now, she regularly participates in TV debates, holding back no punches.

The effective counterpunches from these Congress spokespersons against their political rivals may yet be no guarantee of an electoral revival for the party. However, this new aggression seems to be earning the Congress some traction now, with the added advantage of its side of the story being heard – loud and clear.