National If BJP’s Three Seats In Kashmir Is A Win, Then Ours Is Landslide And Tsunami: Omar Abdullah

If BJP’s Three Seats In Kashmir Is A Win, Then Ours Is Landslide And Tsunami: Omar Abdullah 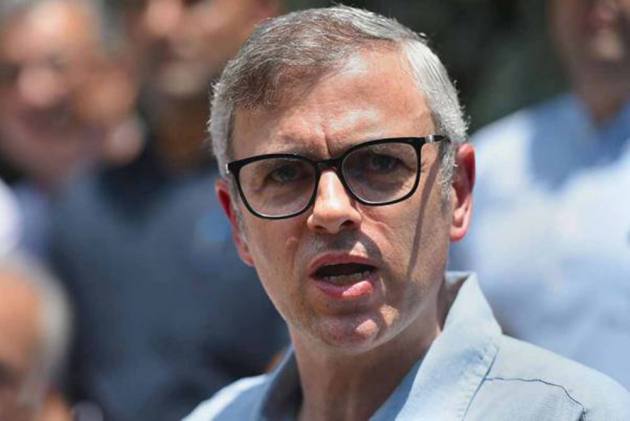 As the election results of Jammu and Kashmir indicate, the People’s Alliance for Gupkar Declaration is leading not only in Kashmir but showing significant gains in Jammu, former chief minister Omar Abdullah described the results as a resounding endorsement of their stand.

“Our stand on Article 370 and other issues has got a resounding endorsement. We as an alliance fought this election on that,” former Chief Minister Omar Abdullah told Outlook.

Out of 20 districts in J&K, the Gupkar Alliance and Congress are winning in the 13 district councils, while the BJP is winning in five districts.

Lotus Blooms In Kashmir But Alliance Leads In DDC Polls

“The results are encouraging for the alliance as a whole. If you see the circumstances under which this alliance was formed and the all adversity we had to face, whether it was with regard to detentions, whether it was with regard to how our candidates are locked up and denied opportunity to campaign, the way in which arrests were carried out and other actions by the central investigative agencies all timed with this election, then of course the might of the BJP and the Union government with Union ministers coming and campaigning against us, in spite of that the results we have got is something is encouraging and we are deeply humbled by,” Omar said.

“We are extremely grateful to the people of J&K for this vote of confidence,” he added.

Asked why this local body’s election has got so much hype, he said, “We started this process simply fighting it as local body election to establish People’s Alliance for Gupkar Declaration.” “It is the BJP that hyped this election just as more than the DDC poll. They sent Union ministers, central leaders and pumped money and material into this election. They are the ones who hyped this election not us,” he added. He said the BJP had anticipated that the mainstream parties, including National Conference will contest the polls.