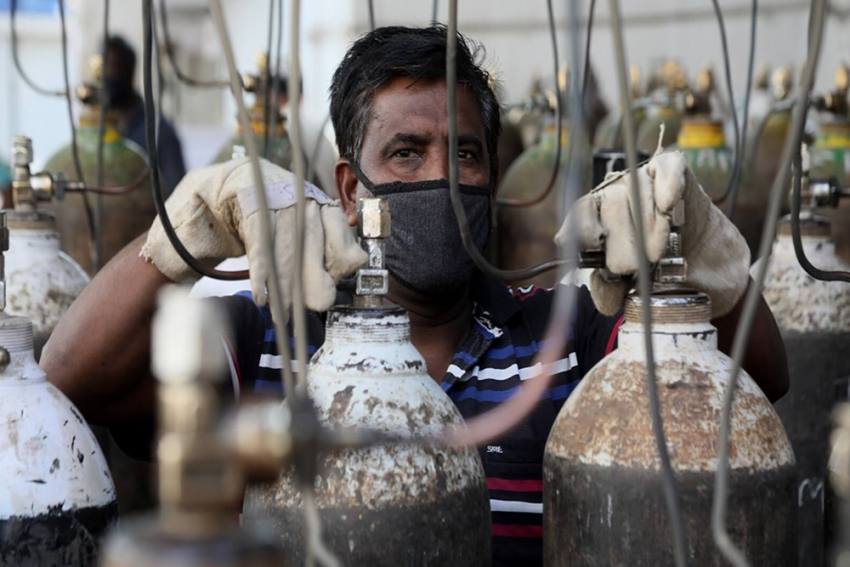 The press release says that the mode of dying merely tells you that death has occurred and is not specifically related to the disease process.
File Photo
Jeevan Prakash Sharma 2021-07-21T17:53:39+05:30 ICMR Guideline Prohibits States From Reporting Covid Deaths Due To Shortage Of Oxygen: Doctors’ Body 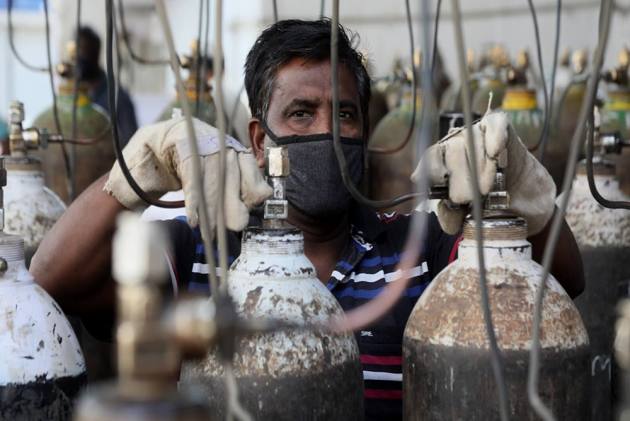 The Minister of State for Health, Dr. Bharti Pawar’s statement in Rajya Sabha on July 20, 2021, is in the eye of the storm. Dr. Pawar said that no death due to lack of oxygen has been specifically reported by states/UTs.

This is completely contradictory to the truth as during the second wave of Covid, hospitals faced an acute shortage of medical oxygen and thousands of patients died as they didn’t get it.

However, so far as non-reporting of deaths due to lack of oxygen by the state government to the Centre is concerned, it is due to the guidelines issued by the India Council of Medical Research (ICMR), which is at the helm of the affair since the pandemic began.

“The Indian Council of Medical Research (ICMR) - National Centre for Disease Informatics and Research (NCDIR) document "Guidance for the appropriate recording of COVID-19 related deaths in India"  at page 6 categorically mentions that Asphyxia, Respiratory arrest/Failure, and Respiratory Failure among others cannot be mentioned as a cause of death,” Organised Medicine Academic Guild (OMAG), a federation of 15 professional associations of post-graduate doctors in India, covering 250,000 consultants, highlighted in a press release.

It added, “Similar instructions, ad-verbatim from the ICMR document, are at page 42 in a 936-page "Compendium of Guidelines, Instruction and Standard Operative Procedures for Covid-19” published the Maharashtra Govt. in its 4th Edition, on 25 June 2020.”

Dr. Ishwar Gilada, Secretary-General, OMAG, says that the Minister isn’t completely incorrect in saying “no deaths have been specifically reported by states/UTs due to lack of oxygen.”

“Following the national guidelines and state SOPs, no doctor will or can mention ‘Hypoxia’ or ‘Respiratory Arrest’ or ‘Respiratory Failure’ as the cause of death. As doctors, we have been always told to avoid mentioning Mode of Dying as Cause of Death,” Dr. Gilada said.

The press release says that the mode of dying merely tells you that death has occurred and is not specifically related to the disease process.

Dr. Gilada further says that the International Classification of Diseases (ICD) doesn't have a code for lack of Oxygen or Hypoxia.

“In such case autopsy or post-mortem can help when the cause of death cannot be ascertained. However, in Covid-19 hardly any autopsies are done due to the fear instilled at since the pandemic began, once again due to ICMR guidelines on how dead bodies of Covid-19 patients should be disposed of,” he added.

Own A Muzaffar Ali Painting