National As Sasikala Quits Politics, Here's How The BJP Got Chinnamma To Step Back

Sasikala Natarajan, the aide of former Chief Minister Jayalalithaa, on Wednesday announced that she was quitting politics. 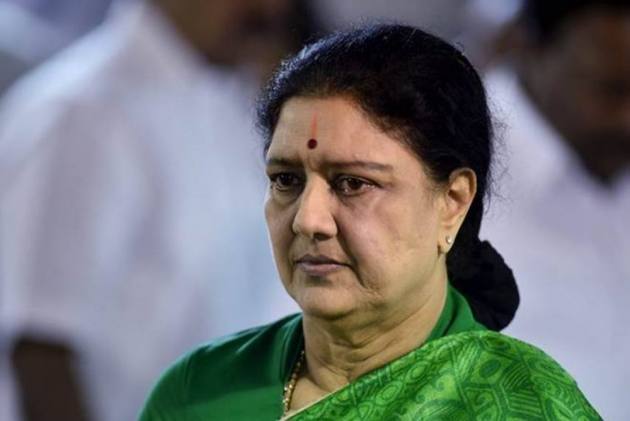 Since January BJP’s top leaders in Delhi had been nudging Chief Minister Edappadi K. Palaniswami to make peace with Sasikala to consolidate the AIADMK votes against the DMK, especially in the Southern Districts and Cauvery Delta.

It is in these areas Sasikala’s Thevar community has a substantial base and her nephew TTV Dhinakaran’s AMMK would eat into the anti-DMK votes especially if caste-based voting happens. Home Minister Amit Shah too sold the same line to EPS with supporting data last week. But the Chief Minister refused to budge even though his deputy O. Panneerselvam was not averse to such an arrangement.

Having hit a wall, the BJP shifted its focus to Sasikala, hoping she would be willing to untangle the stalemate. According to BJP sources, Sasikala was asked to step back with the promise that she could make a re-entry after the elections – especially if the AIADMK does poorly. If that was the carrot she was also shown the stick in the form of multiple ED and IT cases against her and her relatives.

By taking political sanyas Sasikala would live up to her title of “Thyaga Thalaivi” (a mother who sacrificed) given by her supporters. If she could play the unity card now to stop the DMK and if that works she could take some of the credit if the AIADMK retains power. Even if that doesn’t happen and the AIADMK loses, there would be demands for her to take back control and revive the party. Either way, she could make a political comeback, this time with the blessings of the BJP.

“There is also the realisation within the AMMK that the party’s vote base has shrunk from its 6 per cent in 2019, which was why Sasikala did not go aggressively after her release from prison. She made some general call for unity of Jayalalithaa’s followers but preferred to stay silent. Even her call for unity was seen as a sign of weakness, something that EPS spotted and rejected any rapprochement between the two sides,” pointed out political commentator Raveenthran Thuraisamy.

Sasikala’s retirement, rather than help the AIADMK, could help the DMK, say a few observers. “Her supporters will blame the BJP and EPS for pushing her to take this decision and may end up voting for the DMK to teach these two a lesson. To that extent the BJP’s game plan could be counter-productive,” observed S.J. Idhaya, a journalist based in Madurai.

But a close confidant of TTV Dhinakaran says that if the merger or even seat-sharing happens in the next ten days the cadres would be enthused and would take on the DMK with greater confidence. “More than Sasikala or Dhinakaran, EPS was the stumbling block. The BJP should have brought him around much earlier,” he said. But AIADMK leaders feel that while prison might have chastened Sasikala, tackling Dhinakaran could be more difficult. “If the BJP can rein him in, then the merger would be smoother,” said a senior Minister.