The Ministry of Home Affairs has sought an additional three months time to frame the rules for the Citizenship Amendment Act. The plea was made before the Department Related Standing Committee for Subordinate Legislation. 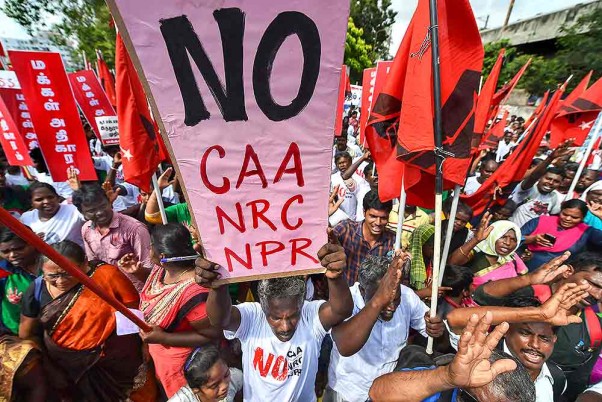 The Home Ministry has sought an additional three months' time for framing rules of the Citizenship Amendment Act (CAA), officials said on Sunday.

The plea was made before the Department Related Standing Committee for Subordinate Legislation as according to the Manual on Parliamentary Work, the rules for any legislation should be framed within six months of the presidential assent or an extension must be sought.

The controversial CAA, which facilitates granting of Indian citizenship to persecuted non-Muslim minorities of Pakistan, Bangladesh and Afghanistan, was passed by Parliament nearly eight months ago and had led to protests in different parts of the country.

The President had given his assent to the legislation on December 12, 2019.

"The home ministry has sought an additional three months time to frame the rules for the CAA. The plea was made before the Department Related Standing Committee for Subordinate Legislation," a senior official told PTI.

The home ministry's move came after the panel enquired about the status of the rules for the CAA.

The committee is likely to accept the request, the official said.

The objective of the CAA is to grant Indian citizenship to persecuted minorities -- Hindu, Sikh, Jain, Buddhist, Parsi and Christian -- from Pakistan, Bangladesh and Afghanistan.

People from these communities who had come to India till December 31, 2014 due to religious persecution in these countries will not be treated as illegal immigrants but given Indian citizenship.

After the CAA was passed by Parliament, widespread protests were witnessed in the country. Those opposing the CAA contend that it discriminates on the basis of religion and violates the Constitution. They also allege that the CAA along with the National Register of Citizens is intended to target the Muslim community in India.

However, Union Home Minister Amit Shah had dismissed the allegations and described the protests against the CAA as "mostly political". He had asserted that no Indian will lose citizenship due to the Act.

Clashes between pro and anti-CAA groups had spiralled into communal riots in Northeast Delhi early this year which had left at least 53 people dead and around 200 injured.

The Manual on Parliamentary Work states that, "statutory rules, regulations and bye-laws will be framed within a period of six months from the date on which the relevant statute came into force".

The manual also states that in case the ministries/departments are not able to frame the rules within the prescribed period of six months, "they should seek extension of time from the Committee on Subordinate Legislation stating reasons for such extension" which cannot be more than for a period of three months at a time.