‘Our daughter’s soul is cursing us every minute.’ 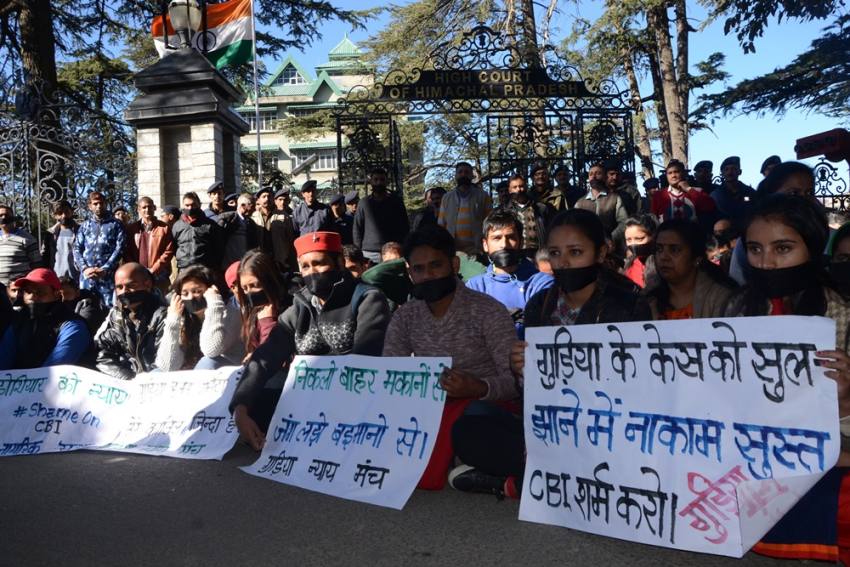 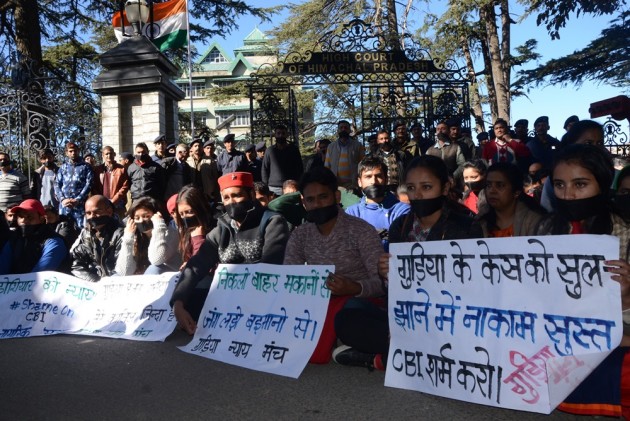 As the family members of the rape victim in Hathras struggle for justice, Himachal Pradesh‘s most horrifying case of rape and murder at Kotkhai is back in focus once again.

Here too, the parents, feeling totally let down by the CBI which investigated the case involving a teenage school-going girl in 2017, have moved the High Court with a plea to reopen the case. The CBI had messed-up the investigations, and justice still continues to elude the family, they said.

The victim’s father and mother, who reached the High Court on Thursday, said “they had hoped from the CBI do a fair probe, and nab the culprits, eventually getting them punished by the court. But more than three years down the line, what we got was a disappointment. Our daughter’s soul is cursing us every minute. Why don’t you raise the voice for me?  My daughter’s violators are still at large,” the anguished father told the media.

The case had triggered large-scale violence at Kotkhai, Theog and Shimla, with an angry mob torching the local police station. This led to the High Court intervening and referring the case to the CBI.

Almost 11 months investigation in 2017-18, which the High Court also monitored, the CBI arrested a woodcutter –whom nobody suspected, or believed to be the prime accused.

Much before this the SIT set-up by the state government,  then led by Chief Minister Virbhadra Singh, had arrested five persons including two Nepali labourers picked from local orchards as suspects. One of them, Suraj,   died in custody after alleged torture by the police at Kotkhai police station. Six police personnel including Inspector General of Police –who headed the SIT for probe into the case, were arrested by the CBI for their alleged involvement in the custodial death of the rape suspect.

The CBI investigations later concluded that the SIT had no foolproof case against the suspects, and its scientific investigations pointed at the involvement of woodcutter—who had mysteriously disappeared from the area after the crime.

The CBI had filed an FIR against the police SIT headed by Zahoor Zaidi, IG (Shimla range) and charged him with murder, wrongful confinement to extort a confession and destruction of evidence. Zaidi is still in jail, after a brief bail period.

“The CBI has failed to arrest the real culprits,” said the victim’s father,  refusing to accept that the crime was committed by a single person and that too by this wood-cutter. Even  two forensic experts,  who had conducted polygraph and other tests  at Gandhi Nagar (Gujarat) on the suspect, had never ruled –out the possibility of more than one person involved in the case

The 16-yr old, was on way back from her school at Mahasu, near Kotkhai, through a densely forested valley, when she went missing. Two days later her body was recovered from the forests near Hilaila village. The parents, earlier through an NGO—Madad Sewa Trust, had also knocked the doors of the Supreme Court some months ago. The apex asked them to approach the high court.

“The CBI had overlooked many facts and messed up the investigations,” said their lawyer Deven Bhatt. “The parents have clearly stated that the crime was not done by a single person,  and their daughter was strong enough to fight back any sexual attempt on her.”

“We have been bearing the torture of losing our teenage daughter. Despite all our efforts, repeated assurances and High Court orders, we haven’t got justice. We strongly suspect the role of some influential persons, “ said a family member of the victim, requesting anonymity.

Former Chief Minister Shanta Kumar has written to Chief Minister Jai Ram Thakur, asking him to get the case reinvestigated as what happened in Kotkhai in 2017 had dented image of Himachal Pradesh police and also the state. During the 2017 elections, the BJP had gained political mileage by turning this into a major issue during their campaign.