Himachal Gets Tough: Arrest Without Warrant, 8-Day Jail For Not Wearing Masks

The state cabinet last week had increased the compounding fine for not wearing masks to Rs 1000. 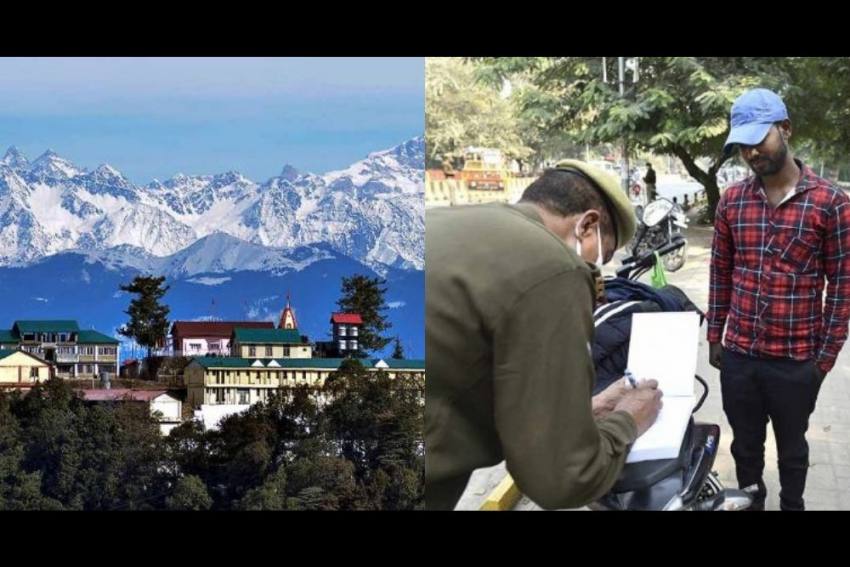 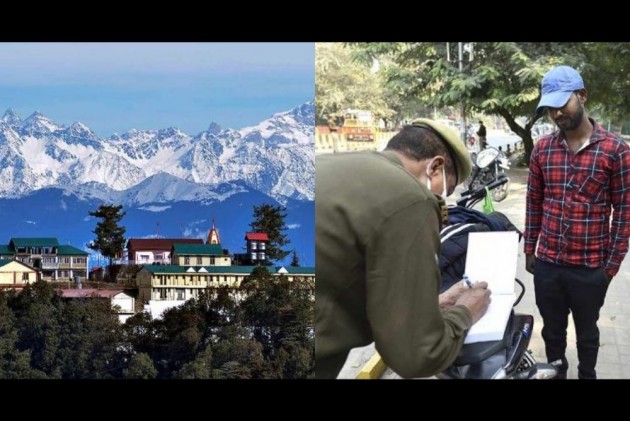 Amid rising incidences of Covid-19 cases, the administration in Himachal has brought in new stricter provisions in order to mitigate the spread of coronavirus in the state.

Himachal Pradesh has invoked a new provision to arrest people not wearing masks, who on conviction, shall also be jailed for eight days, along with a fine of Rs 5000.

“Under section 111/115 of the Police Act, 2007 which is already in force, any person found not wearing the mask or contravening the directions of the government, shall be liable to be arrested without a warrant. On conviction, such violator shall be punished with imprisonment for a term which may extend to eight days or fine up to Rs 5000 or both,” Himachal director general of police Sanjay Kundu said.

Kundu, who came out with data on violations of Covid-19 protocol said the police in the districts have been advised to get tough against wilful violators and invoke the provisions sparing none.

The district of Baddi-Barotiwala-Nalagarh (BBN) which is the state's rich industrial belt has already implemented the provision. BBN has remained a Covid hotspot since the early lockdown period and also during unlock 2.0 and 3.0.

The state cabinet last week had also increased the compounding fine for not wearing masks to Rs 1000. The state cabinet also decided that a congregation in public functions exceeding permitted numbers will attract a fine of Rs 5000.

Kundu has directed the SPs to show zero tolerance for not wearing masks or observing social distancing.

The state has also installed CCTV cameras to monitor activities in public places.

The police which has been at the forefront of implementing Covid-19 guidelines have registered 2,227 cases in Himachal for violations of Covid-19 curfew and lockdown since March 23, 2020.

As many as 31,317 challans were issued only to those who were caught not wearing masks. A fine of Rs 1,24 crore has been collected in the state so far. Besides this, 2,304 persons were also taken into custody as part of preventive arrests and 1,934 vehicles were seized.

Of the total tests conducted as many as 38,500 tested positive for the virus. 1,340 police personnel have also tested Covid positive. About 980 have recovered.

“All those measures which the police implemented were in addition to general law and order enforcement duties, VVIP visits, including that of Prime Minister Narendra Modi for Rohtang Tunnel, crime detection, productive policing and tackling issues of crime against women and spike in suicide cases in the state during the Covid 19 crisis,” Kundu said.