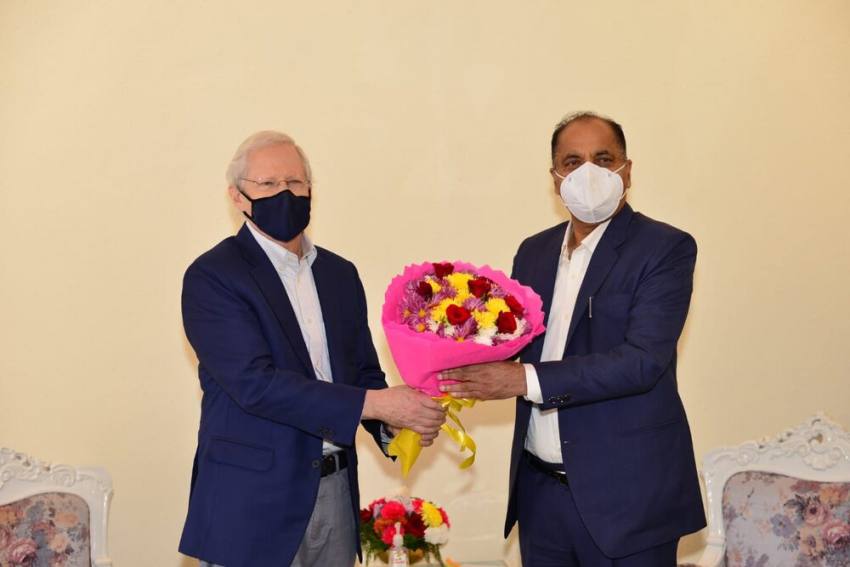 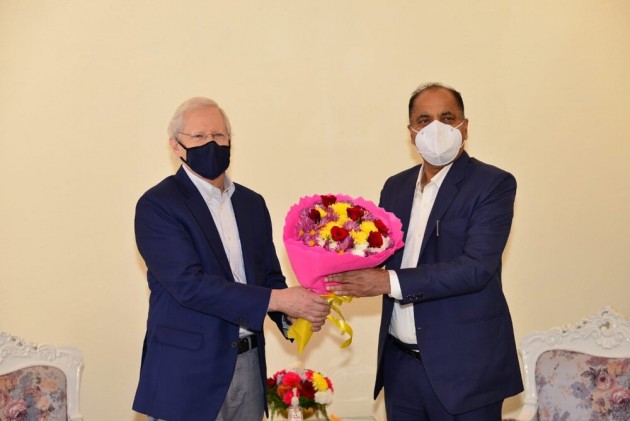 While all eyes are on the US elections, Himachal Pradesh Chief Minister Jai Ram Thakur has spared no efforts to woo American investors to set up businesses in the state. The chief minister has been pitching the state as a global investment hub, emphasising on key sectors like pharmaceuticals, tourism and horticulture.

This comes at a time when the US Ambassador to India, Kenneth I. Juster reached out to Thakur at Shimla and hinted at chances of collaboration between US firms and the state government.

Himachal Pradesh has emerged as a strong contender for setting up of the Bulk Drug and Medical Device Park as more than one-fourth of India’s formulation drugs are produced and supplied from Baddi-Barotiwala-Nalagarh area in the state.

“Several American companies are already engaged in production of formulation drugs in the state’s biggest pharmaceutical hub at Baddi-Brotiwala –Nalagarh. This is Asia’s leading pharma hub having a sizable share in India's overall exports which also includes the US and other nations,” Thakur added.

There are around 700 -plus pharmaceutical units including top brands like Cipla, Dr. Reddy's Lab, Cadila Healthcare, Abbott Laboratories, Ranbaxy, Glenmark, and Morepen present in the state, gaining a turnover of Rs 40,000 crore.

Thakur has urged the US Ambassador to motivate bulk drug and medical device companies from the US to invest in the state.

Himachal is also emerging as an industrial hub and US companies can play a major role by investing in electrical and power equipment to make Himachal Pradesh a pioneer state in this sector, Thakur said.

Pitching the state’s tourism sector, Thakur told the US Ambassador that the state provides ample opportunities to entrepreneurs to invest in the tourism sector as more than 1.71 crore tourists visited the state last year, out of whom about 1.68 crore were Indians and 3.82 lakh foreign.

“The topography of Himachal Pradesh is quite similar to that of Colorado and California. Thus, US companies can invest in ski resorts, ski lifts, development of ski slopes in Chanshal valley of Shimla district, development of international water sports activities in Pong Dam reservoir in Kangra district and theme parks in Jhatingri,” the chief minister said.

'You Should Work To Bring Ease Of Living For Poor': PM Modi To IIT Grads