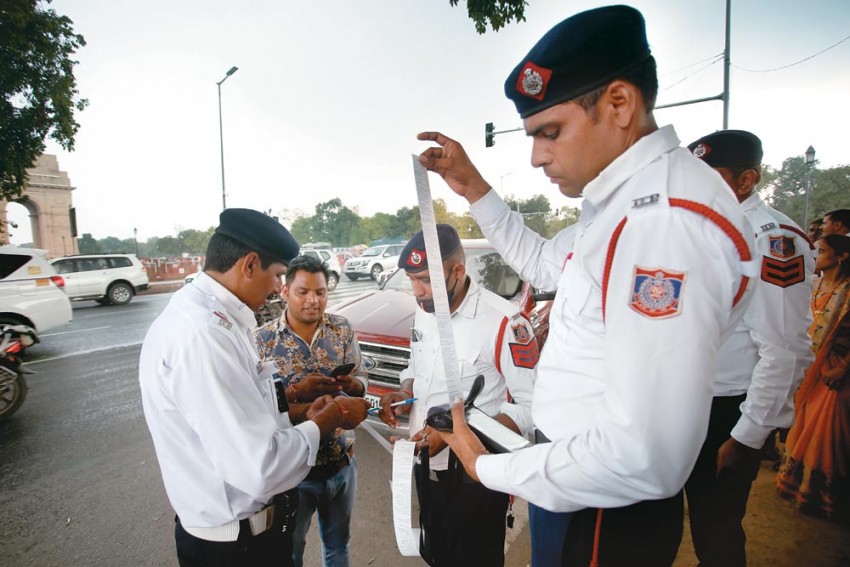 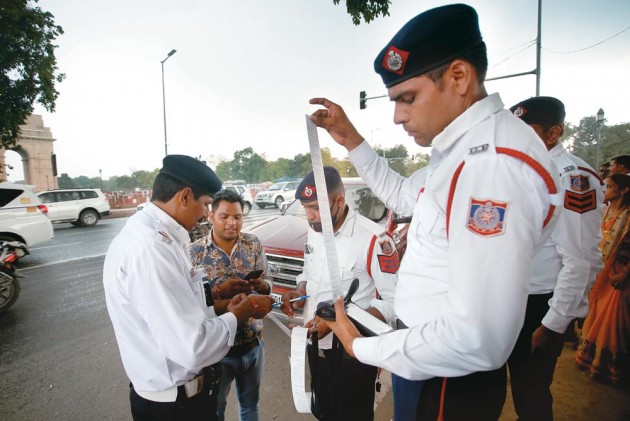 While introducing the bill to amend the motor vehicles law in the Lok Sabha in July this year, the Minister for Road Transport and Highways, Nitin Gadkari, had said that he was in a hurry to push through the changes because he wanted to reduce traffic deaths by at least 50 per cent.

In India, over 1.51 lakh persons were killed in vehicle accidents in 2018, according to the Ministry of Road Transport and Highways. The World Health Organization estimated the fatalities to be almost 300,000 in the same year. A government of India report – The Million Death Study – has pointed to at least 50 per cent under-reporting in ministry figures.

But can heavy fines for traffic offences, which are the most discussed part of the new amendments being implemented from September 1, reduce the fatalities drastically?

From all indications, that’s not going to happen.

The million-death study reports that States with better road infrastructure – Tamil Nadu, Karnataka, Kerala and Maharashtra – have a higher rate of traffic fatalities.
Presence of villages and small towns along the highways has resulted in mixed traffic patterns on highways in India. Density of small towns and villages along the highway and presence of tractors and three-wheelers on the highway along with cars, buses, trucks and truck-trailers presents a very different traffic mix as compared to North America and Western Europe where most of the highway standards have been developed.

Traffic crash patterns in India are also substantially different as compared to North America and Western Europe. Pedestrian and motorcyclist involvement in fatal crashes on highways is greater than that of other road users. These crash patterns are similar to those observed in urban areas. In the past two decades, major investments have gone into expanding the national highway system in India. Yet the number of fatalities has continued to grow.

Under the amended act, penalties for all offences have been increased. The minimum fine of Rs 100 suggested in 1988 MV Act has been increased by five times. New penalties have been introduced for faulty registration details, fines on the concessionaire or the contractor who is responsible for faulty road design or has not followed standards and fines on guardians of juvenile offenders. The states have the power to increase penalties.

While penalties are necessary for offences, there seems to be no correlation between higher penalties and reduction in road traffic crashes in countries where road traffic deaths have reduced over the years – USA, Japan and Australia -- or in Western Europe.

The concept of higher fines to deter traffic crashes is based on the assumption that drivers are careless and that the fear of a higher penalty would encourage “careful” behavior on the road. This goes against the current scientific understanding.

According to Vision Zero, first introduced in the Swedish Parliament in 1997, and now adopted by many other countries, there should be no deaths on the traffic system sometime in the future. Vision Zero is based on the premise that it is not the individual road-user who has the responsibility of ensuring safety but rather the so-called system designers.

The system designers in road traffic crashes happen to be the state and national governments responsible for making roads who have to ensure that the vehicle manufacturers produce safe vehicles, and create systems to monitor performance of road standards, transport operations, and also bring about effective laws and legislations.

The current MVA includes provisions for recalling defective vehicles, holding the contractor or the concessionaire responsible for faulty road design. However, if there are no systems to continuously monitor the performance of road designs and evaluate performance of vehicles, effectiveness of these regulations, despite good intentions, would remain weak.

The most important aspect in the Act is that the centre may institute a National Safety Board to look after various aspects of traffic safety. However, the nature of National Safety Board is proposed to be advisory. The establishment of the Board can be meaningful only if it is backed by permanent expertise and has on board professionals trained in road safety.

Drivers can modify their behaviour based on what they see on the road ahead of them (e.g. increasing speed or reducing attention). Drivers are more likely to fall asleep or feel bored on straight, monotonous, dual carriageway roads with little traffic. Mere stricter penalties or intensive driver training cannot reduce the risk of driver tiredness.

However, road engineer can change the design of the road to reduce boredom and monotony. Given the understanding from traffic safety theories of the last fifty years, safety interventions have to be based on three important principles: recognition of human frailty, acceptance of human error and creation of a forgiving environment. Experience from the United States and the European countries shows that road standards alone cannot ensure safe roads unless the safety performance is evaluated.

Therefore, realisation of Vision Zero also requires establishing a system which enables generation of new knowledge to ensure safe highways and urban roads in India. The current MVA amendments do not address any of these concerns. Most of the amendments seem to be based on “common sense” as opposed to scientific evidence and, therefore, are not likely to have serious impact on reducing road traffic crashes, and consequently, deaths.