Home  »  Website  »  National  »  Has Delhi Started To Flatten Covid Curve Or Is It A ‘Data Gimmick’?

Has Delhi Started To Flatten Covid Curve Or Is It A ‘Data Gimmick’?

An analysis of the data suggests that the decline in active Covid-19 cases is likely due to a new test, Antigen, that the Delhi Govt introduced on June 18. But have the Coronavirus cases actually decreased in the national capital? 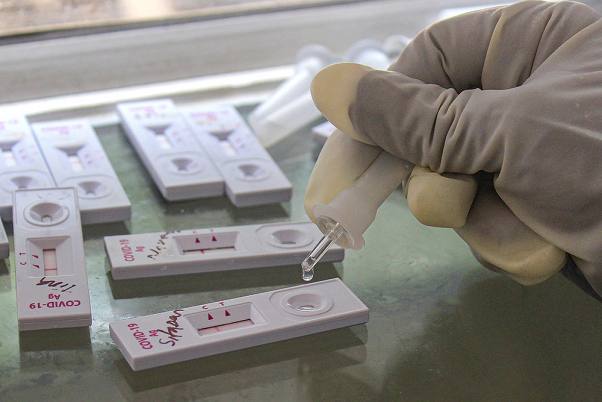 The number of people who have recovered from Coronavirus in the national capital has exceeded the number of active cases since mid-June, an analysis of data of Covid-19 test results on the Delhi government’s website shows. It also shows a decline in the number of positive cases.

On June 13, positive Covid cases stood at 38 per cent, whereas on July 7, the figure came down to 9 per cent. The Delhi government has also claimed that the cases of infection have come down, and that the worst might be over.

But has the Covid-19 curve really started to flatten in Delhi?

An analysis of the data suggests that the decline in active cases is likely due to a new test, Antigen, that the Delhi government introduced on June 18 along with the already existing RT-PCR test. 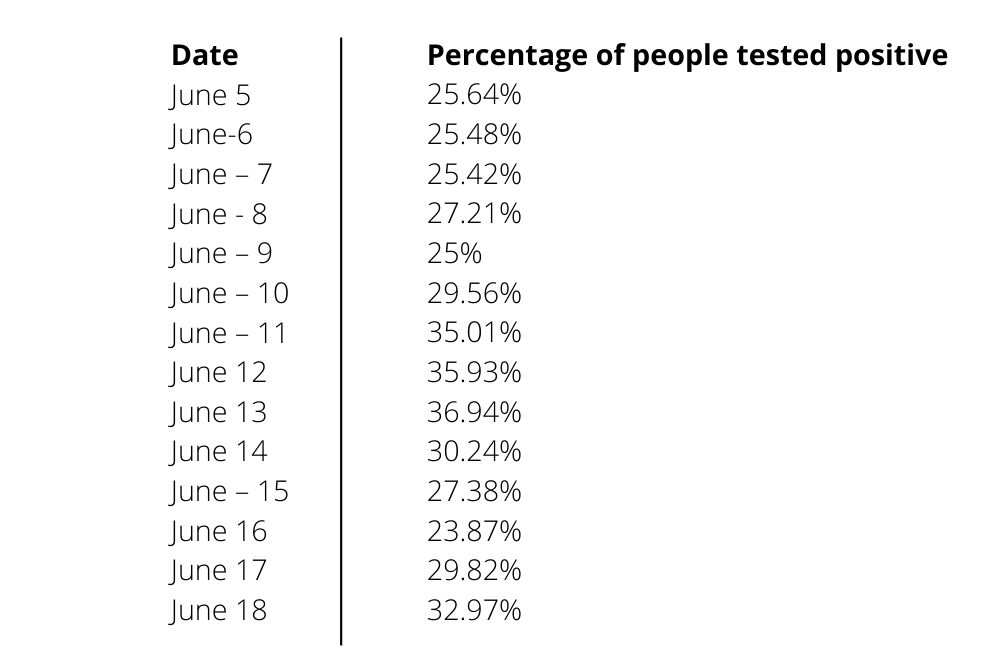 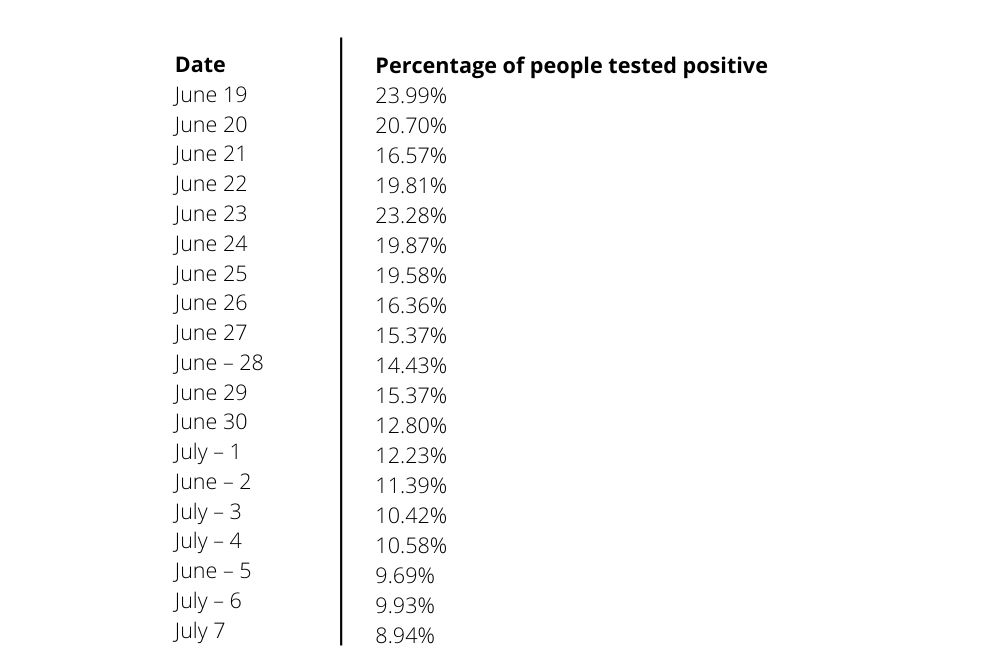 However, the Delhi government website has no information whether it reconfirms individuals testing negative through the rapid antigen test with a real-time PCR test. Many experts say that the state government is manipulating the data by not disclosing crucial information.

"I don't think there is any let down in Covid-19 cases. If the government is so confident, why doesn't it put this crucial information in the public domain? How many cases fall under false-negative daily through Antigen tests? Are all these tests being reconfirmed by RT-PCR test? The government is playing a data gimmick to fool people," says Ashok Agarwal, lawyer and activist.

Health and data analysts agree that it is difficult to conclude that Covid cases in Delhi have reached a peak.

Dr NN Mathur, Director Lady Hardinge Medical College (LHMC), says that his hospital has also witnessed a significant fall in the percentage of positive cases. “Normally the positive cases used to vary around 35 per cent in June and only once it went up to 60 per cent. But now it is around 10 per cent only. However, the decline due to antigen tests cannot be excluded,” Dr Mathur says.

Since the government hasn’t given results of antigen tests and RT PCR tests separately, any right conclusion remains a challenge, feel experts.

Ashwin Srivastava, co-founder and CEO, Sapio Analytics, says, “Early trends of the peak are being seen, but conclusive judgement can be done in the next two weeks. During this period, it’s important that the number of tests is increased.”

He adds, “The UK claimed to have reached the peak and is now facing a second wave. It is not actually the second wave but peaks at different locations. So, Delhi should also be prepared for a location-wise plan now.”

Some experts say the data on the government website is vague and inconclusive to make any prediction.

“To be able to make a definitive comment we need to consider the specificity and sensitivity of the test along with the false positive and false negative rates. Without looking into that it is not possible to comment whether the drop in positive cases is due to the change in the type of test or is real,” says Vikas Bajpai, Assistant Professor, Centre of Social Medicine and Community Health, Jawaharlal Nehru University.

He adds, "If you see the state government health bulletins, you will notice it has stopped giving hospital-wise figures for admissions, patients in ICU, and those on ventilator support from June 2, to enable any comparison with the earlier bulletins. Only partial figures are available from a website delhifightscorona.com, but that does not provide any retrospective data. Then it even stopped giving even overall figures for patients on ventilators. Likewise, segregated data for tests done in public and private labs is not available after April."