National Had We Lost The DDC Polls, BJP Would Have Called Us Anti-National, Pro-Pakistan: Omar

Had We Lost The DDC Polls, BJP Would Have Called Us Anti-National, Pro-Pakistan: Omar 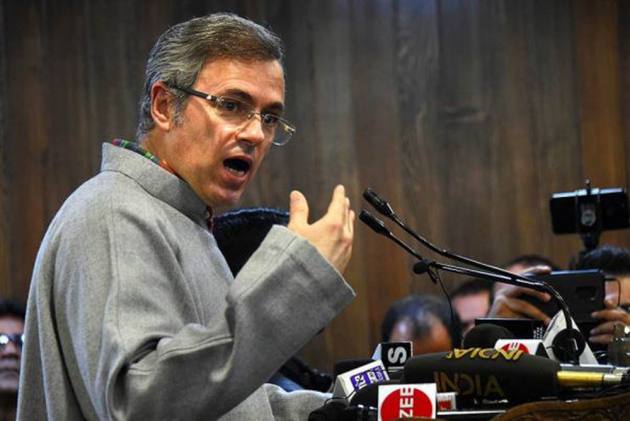 A day after winning the district development council polls by the People’s Alliance for Gupkar Declaration, former Chief Minister Omar Abdullah said had they lost the polls, the ruling BJP would have described them as anti-nationals, opportunist, pro-Pakistan. He said since their win is not getting digested by the BJP and their supporters, they are saying that democracy has won in Jammu and Kashmir.

“Those people who couldn’t digest that People’s Alliance has won, they have to say something to say and they are saying democracy has won. God forbid if they would have lost, these people would have said that the alliance has lost, opportunists have lost, anti-nationals have lost, pro-Pakistanis have lost,” Omar Abdullah said, addressing his party workers here.

If BJP’s Three Seats In Kashmir Is A Win, Then Ours Is Landslide And Tsunami: Omar Abdullah

“If in real sense you are saying that democracy has won then you have to listen to people's voice. People of Jammu and Kashmir have made it clear that August 5, 2019 is not acceptable to them,” Omar added.

On August 5, 2019, the BJP government the BJP government Articles 370 and 35A of Constitution of India amid complete security siege and arrest of thousands of people, including three former chief ministers, Dr. Farooq Abdullah, Omar Abdullah and Mehbooba Mufti.

“This is not I who is saying that August 5, 2019 is unacceptable to people of J&K. You would earlier say no one is behind Farooq Abdullah. This People’s Alliance is an alliance of two families and people are not with them. We fought the elections and you know now people are with us.”

Talking about the National Conference, which has won seats not in Kashmir but in Jammu as well, he said, “There is only one party, roots of which are in Kashmir and Jammu as well.” “The roots of this party are in the plains and mountain areas of Jammu. The roots of this party you will find in Kargil and if you go to Leh you will find there also. This is a reality that in Jammu we will get seats," he added.

He said there are many leaders in the party who could have won with a heavy majority in their own areas but on Farooq Abdullah’s advice they willingly left the seats for the alliance. “Ours was an alliance where only in April 2019 we fought elections against each other. But when August 5, 2019 situation became such in the state that conspiracy was hatched against people, our duty compelled us to be on one stage to fight together for the dignity and identity of Jammu and Kashmir state,” Omar added.

Omar said had the NC not fought the polls in the alliance, the party would have got much larger seats. “But to achieve a bigger goal small sacrifices are needed.”

Omar said credit of the NC’s success in the polls goes to the party’s workers. “This is the first election in Jammu and Kashmir where the National Conference didn’t campaign. We told workers you go to people and tell them what we want to achieve. We didn’t come up with any poster. We didn’t come up with any manifesto. We didn’t give any advertisement and neither had we organized any rally. We told people that August 5, 2019 is not acceptable to people of Jammu and Kashmir. We thought if our agenda is right people would follow us and this happened in reality,” he added.