Gratified By Cooperation From 'Great Friend' India On Iran: US

India has brought down the import of oil from Iran, with which it has historic and cultural ties, to almost zero. 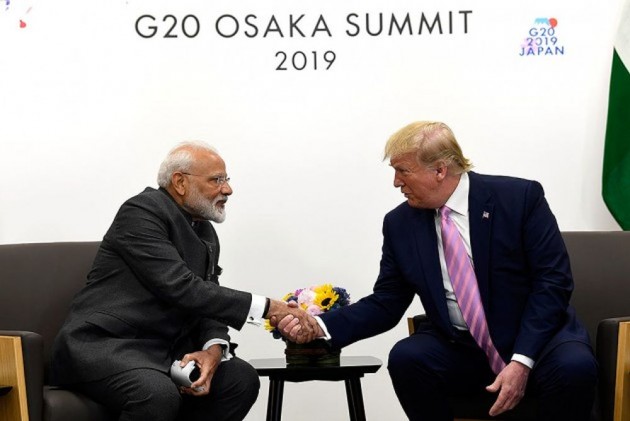 The United States is "highly gratified by co-operation from a great friend and partner like India" on the Iranian oil sanctions, the White House said on Wednesday as the Trump administration slapped sanctions against Iranian Foreign Minister Javad Zarif, ramping up its tension with Tehran.

"We have been highly gratified by cooperation from a great friend and partner like India, and even less well-aligned countries such as China, in making the rather obvious choice that the United States would be the business partner of choice, not Iran," a senior official told reporters during a conference call after the Trump administration slapped sanctions against Zarif.

India, which has galloping energy needs, went out of its way to co-operate with the United states. India has brought down the import of oil from Iran, with which it has historic and cultural ties, to almost zero.

Referring to an open source information, the official said Iranian export of oil for July was at 1,00,000 barrels per day, which is down considerably from the previous historic low of 7,81,000.

The official credited the Trump administration for this and added that Iran has very little to offer in terms of being a trading partner.

"The United States just continues to be appreciative, particularly of India's cooperation, and continues to be very mindful of India's legitimate energy needs," the senior official said responding to a question on reports about talks between India and Iran on oil trade through their own currencies.

"We are very happy as a major energy producer to contribute to what we see as an ample supply to the global market that can keep India amply supplied with energy," said the official requesting anonymity.

A second senior administration official said that the US officials have been all over the world very carefully making sure that all of its partners and allies and companies around the world understand the consequences of violating the sanctions.

The United States has been very explicit about the need to ensure that the sanctionable activity has ceased.