In the budget, the NDA government allocated a sum of Rs 20,000 crore to transfer Rs 2,000 each to farmers in the first installment by March-end. 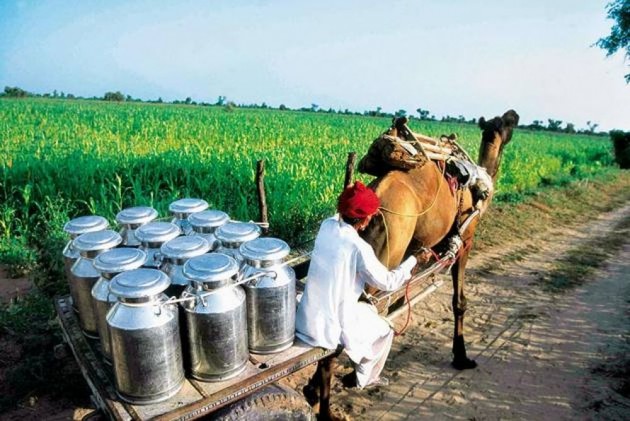 Under the PM-Kisan scheme announced in last month's interim budget, the central government has transferred Rs 5,215 crore to over 2.6 crore small and marginal farmers so far.

Ahead of the general election, the Centre announced the Rs 75,000-crore Pradhan Mantri Kisan Samman Nidhi (PM-Kisan) scheme under which Rs 6,000 per year would be disbursed in three instalments to around 12 crore farmers who hold cultivable land up to 2 hectares.

In the budget, the NDA government allocated a sum of Rs 20,000 crore, to transfer Rs 2,000 each to farmers in the first installment by March-end, for the ongoing fiscal under the scheme.

PM-KISAN Scheme Is 'Bribe For Votes': Chidambaram Takes A Jibe At Govt

The scheme was formally launched at national level by Prime Minister Narendra Modi on February 24 at Gorakhpur in Uttar Pradesh by transferring the first instalment to 1.01 crore farmers, totalling Rs 2,021 crore.

"Under PM Kisan Samman Nidhi: Benefit of over Rs 5,215 crore transferred directly into the bank accounts of more than 2.6 crore small and marginal farmers within 37 days of announcement of the scheme!,” the Prime Minister's Office (PMO) said in a tweet on Sunday.

"Would be first scheme where such an amount has been transferred to so many beneficiaries in such a short span of time," the PMO further said.

Last week, the Union Agriculture Ministry had said that Uttar Pradesh, Andhra Pradesh and Gujarat have taken a lead in taking benefit under the PM-Kisan scheme.

Till March 7, as many as 74.71 lakh farmers in Uttar Pradesh received the first installment, while 32.15 lakh farmers were benefitted in Andhra Pradesh.

The Centre is transferring the money directly into the bank accounts of eligible farmers, being identified by states and union territories (UTs).