Parents are pulling back their wards from private schools unable to pay their fee and monthly dues charged under different heads during the pandemic. 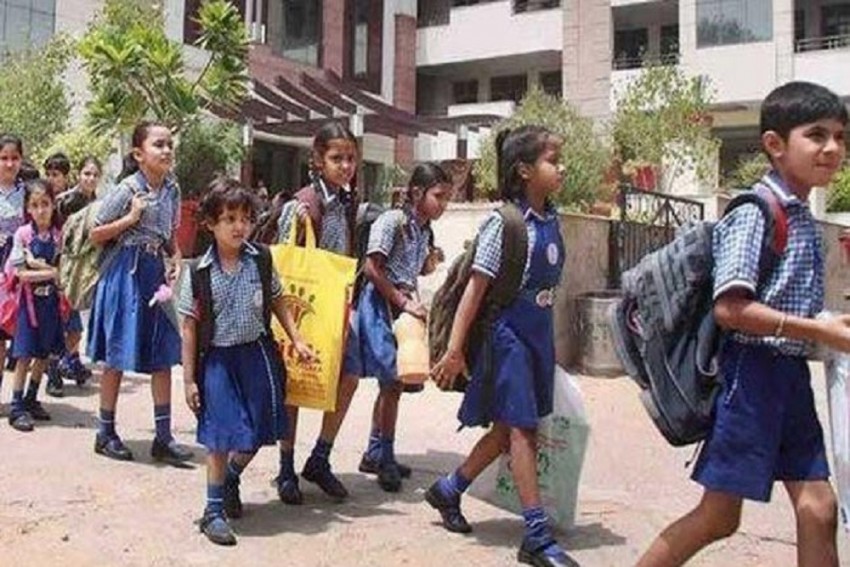 It's a heart-warming story for Himachal Pradesh –a state next to Kerala for its high literacy ratio and every primary school located in less than a kilometre distance.

In the Covid time when the schools are closed, and online teaching is faced with a digital divide in the inaccessible mountain valleys, the reports from some districts and sub-divisions have surprised the top government authorities, especially secretary –level officials and the directorate teams about a significant increase of 10,000 students in government school enrollment.

Most of the students, in different categories, who got admitted to the government schools—Primary, middle and higher secretaries are from private schools, which had mushroomed during past some years in small towns and suburbs in the hills.

“Initially reports suggest an increase of 10,000 students in the school enrolments during the Covid time this year. The number could still be higher as some District Education Officials (DEOs) are yet to give an exact count to the directorate” Rajeev Sharma, secretary (education) told Outlook.

The increase in the enrolments could drastically alter the scenario in the state government schools, which earlier either had just 5 to 10 students in a class. In fact, enrolments in the government schools had been on decline as a large number of private schools came-up in the towns and villages.

According to a government release in March 2021, there were 6,127 schools with enrolment of less than 20 students.

There are 4,994 government primary schools, 1,092 middle schools, 32 high schools and nine senior secondary schools in the state where student strength is less than 20.

There is a new situation also to cope-up due to high enrolment ratio.

The government which has finalised tenders for purchase of 1.17 lakh uniforms (two sets each) will be required to place an extra order for another 13,000 to 14,000 uniforms for the newly enrolled students.

The existing strength of eight to nine lakh students will increase by another 10,000. Thus, more orders will be placed for purchase of mid-day meal material, school bags and also text books.

The government has decided to recruit nearly 8000 multi-purpose workers for the schools including sanitation staff and peons while the strength of 45,000 to 48,000 school teachers in the elementary schools is also being increased to provide sufficient teachers in the schools having vacancies.

Says Vijendra Mehra, convenor of Students-Parents Manch –an organisation fighting against exorbitant fee by the private schools, “There is a complete loot by the private schools, who have raised their fee arbitrarily. Despite the Covid crisis, the private schools refused to give any relief to the parents in terms of fee and several other charges being imposed. The state government is also hand in glove with private promoters of these schools“.

This is the basic reason that parents are pulling back their wards from the private schools unable to pay their fee and monthly dues charged under different heads.

Prateek Kumar, who has lost his job during the covid lockdown but has two daughters going to a private school in Shimla, admits that he was unable to afford the school fee and thus pulled back his daughters and got them admission at a government school in his native village at Gannahati.