Union Budget 2021| It's An Open Budget, Not Trying To Hide Anything: Nirmala Sitharaman

Following the Budget session in Parliament, Nirmala Sitharaman said that the government shall spend the most on health sector and infrastructure 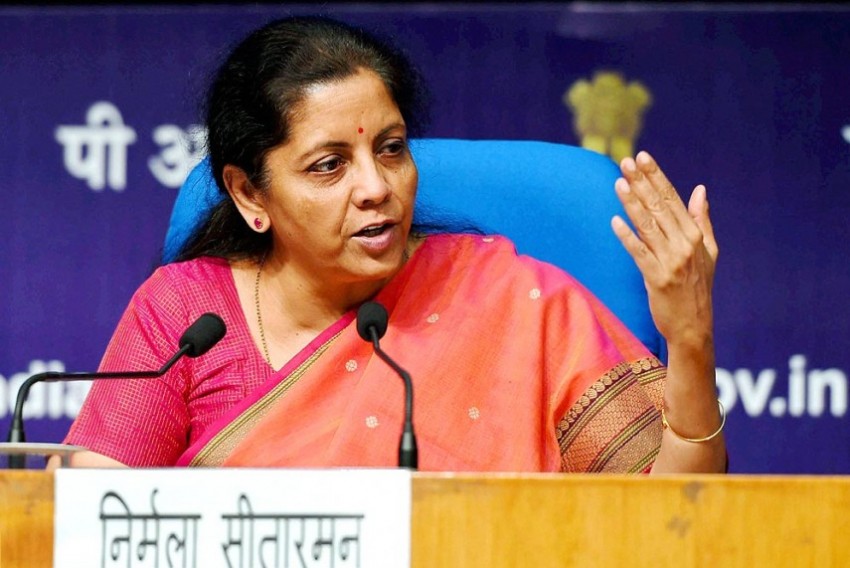 The government has come up with a transparent and open Budget and is not trying to hide anything under the carpet, said Union Finance Minister Nirmala Sitharaman following the budget session in the parliament.

For reviving the Indian economy, Sitharaman said, the Budget 2021-2022 focusses the most on spending on infrastructure and attending to the needs of the healthcare sector, which is being expected to contract by 7.7 per cent in the current fiscal ending March hit by the COVID-19 crisis.

Briefing media after the presentation of Budget in Parliament, Sitharaman said the government has not lost the opportunity to clean up its own book.

"I had started in July 2019 continued it in February 2020 and even now we have made accounts more transparent. Nothing is pushed under the carpet. We are showing clearly where the money is going. Money given to FCI is also brought on board. So accounting of government expenditure and revenue statements are now a lot more transparent and open," she said.

The Budget has also given glide path for deficit management and bringing it down below 4.5 per cent of Gross Domestic Product (GDP) by 2025-26.

The government has increased capital expenditure for the current fiscal and for the coming financial year to push demand in the economy hit by COVID-19 pandemic, she said.

"As a result, the borrowing increased and our fiscal deficit which started at 3.5 per cent during February 2020 has gone to 9.5 per cent of GDP. So, we have spent ... otherwise, the fiscal deficit would not have reached this number," she said.

"The Budget comes at a time when all of us have decided to give a greater impetus to the economy. That impetus would be qualitatively spent and create a necessary demand push if we choose to spend big on infrastructure. That is why if there are two important feature of this Budget it is that we chose to spend big on infrastructure and attending to the needs of the health sector," she said.

Even for the health sector, the government has decided to build up capacity in terms establishment of testing labs, and critical care centres, she added.

On the GDP growth, Economic Affairs Secretary Tarun Bajaj said Real GDP growth would be 10-10.5 per cent in the next fiscal.

"Our revenue figure is under-stated not overstated. We have taken nominal GDP at 14.4 per cent and revenue growth at 16.7 per cent. So the buoyancy is only 1.16. We are hopeful we will get more than this. We will definitely within 6.8 per cent and could be lower also," he said.

On the rationale for Rs 12 lakh crore borrowing for the next financial year, Bajaj said the government will spend the money borrowed on infrastructure development which has a multiplier effect.

"But I presume it (Rs 12 lakh crore borrowing) will not have that inflationary impact. So we have taken that into account," he said.

"RBI dividend would come. We have said non-tax revenue would be Rs 2.43 lakh crore. It was last time Rs 2.10 lakh crore. So it is not something that we have inflated the number that we are going to get from them.

"We will definitely achieve this Rs 2.43 lakh crore of non-tax revenue. We are in touch with RBI, we know how much they are going to give us, hopefully by the end of March when the year ends, but it's not something to be disclosed at the moment," he said.