Rakesh Tikait said that the protesting farmers will not return to their homes till their demands are met. 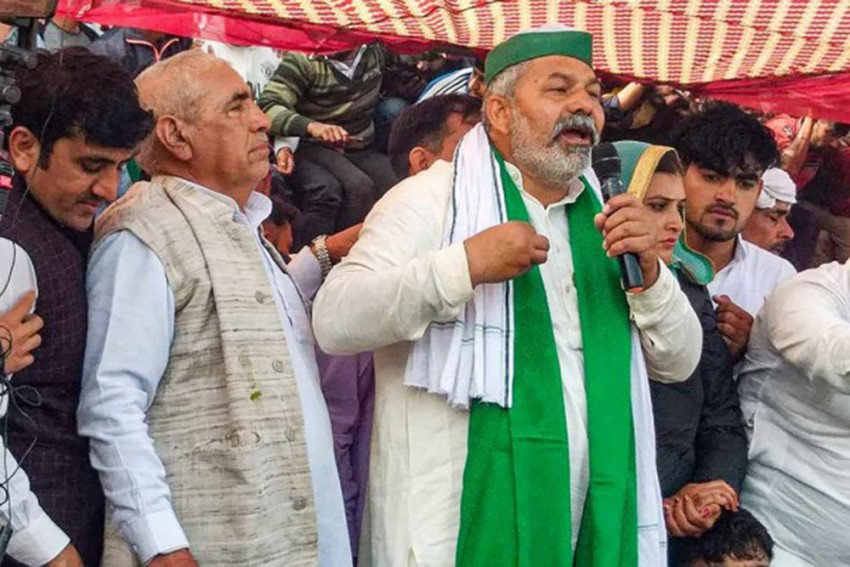 Bharatiya Kisan Union leader Rakesh Tikait said that the farmers’ protest will extend till October 2 and if the new farm laws will not be repealed by then, the farmers will decide their future course of action.

Addressing a meeting at Ghazipur on the Delhi-Uttar Pradesh border after the three-hour ‘chakka jam’ that took place on Saturday and continued till 3 pm ended, he said that the protesting farmers will not return to their homes till their demands are met.

"We have given time to the government till 2nd October to repeal the laws. After this, we will do further planning. We won't hold discussions with the government under pressure," said Tikait, the spokesperson of the BKU, according to news agency ANI.

A viral video of Tikait tearing up had revived the farmers’ protest after the Republic Day tractor rally. More farmers had joined the protests from Uttar Pradesh and since then farmers in various district in Uttar Pradesh have been holding several mahapanchayat’s against centre’s new farm laws.