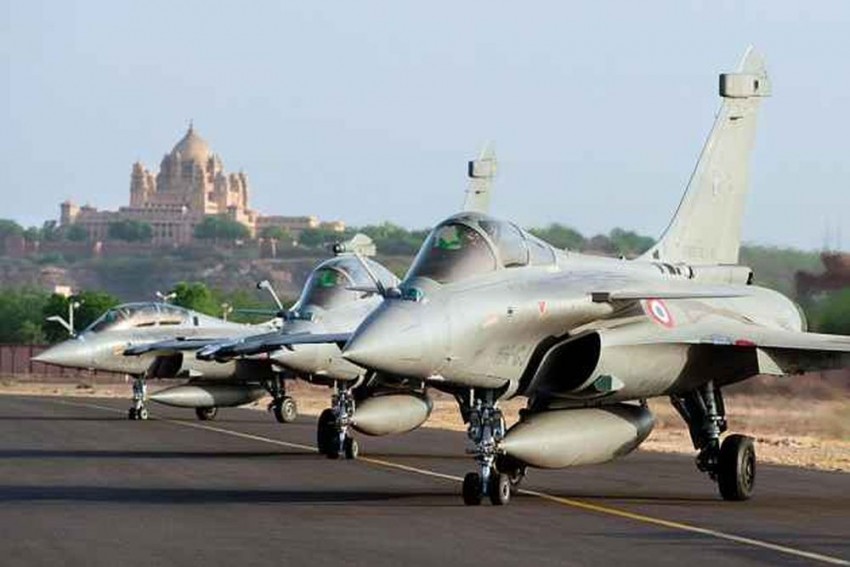 The opposition has been accusing the Modi government of indulging in crony capitalism in the Rafale deal.
Outlook Web Bureau 2019-05-09T18:24:34+05:30 Government Duped Court In Rafale Case, Petitioners Tell SC 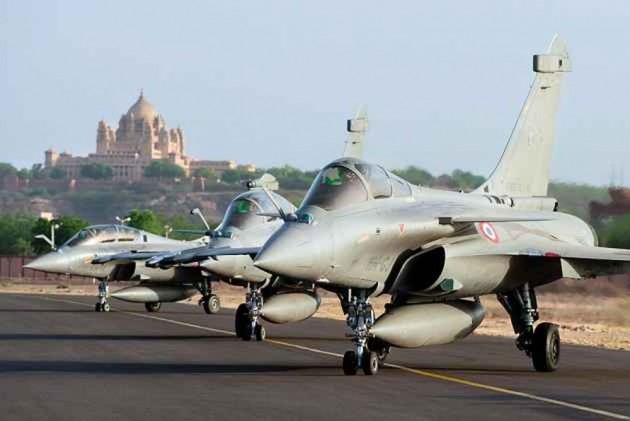 In a rejoinder affidavit filed in the apex court, they said the December 14 verdict in the Rafale case should be reviewed as the judgement was obtained through "multiple falsehoods and suppression of material and relevant information".

The government was not disclosing the entire material before the court even now and due to this "continued suppression", the petitioners have sought production of relevant and material documents before the court, they said.

"It is clear that the government misled the court on various counts in the notes that were submitted in a sealed cover. The government has also suppressed material and relevant information from the court and obtained the impugned judgement on the basis of fraud played upon the court by the government," they have said in their affidavit.

The rejoinder affidavit was filed by them in response to the reply filed by the Centre last week in which the government had said that "categorical and emphatic" findings recorded by the top court in its December verdict have no apparent error warranting the review.

The Centre said the petitioners, in the garb of seeking review of the verdict and placing reliance on some press reports and incomplete internal file notings procured unauthorisedly and illegally, cannot seek to re-open the whole matter since scope of review petition is "extremely limited".

A bench headed by Chief Justice Ranjan Gogoi is scheduled to hear on Friday the pleas seeking review of its Rafale case verdict.

The apex court had dismissed the plea filed by Sinha, Shourie and Bhushan seeking probe into alleged irregularities in the multi-crore Rafale fighter jet purchase deal with France.

In the rejoinder affidavit, the trio said that the contentions of the government were "untenable" and the last year verdict was required to be reviewed.

"The Union of India's three broad contentions are that the review is not justified, (i) because the matter pertains to national security therefore scope of judicial review is constrained (ii) because the petitioners cannot ask for a 'roving and fishing inquiry' on the basis of subsequent media reports and (iii) because the C&AG has given its final report after considering all records and not found any wrongdoing with this contract. These contentions are untenable," it said.

The petitioners said they have brought materials which showed that the procurement "suffered from various problems".

"Even now the government is not disclosing that contrary to what was submitted in the sealed covers, the Cabinet Committee on Security met once again in the month of September 2016 to inter alia drop standard clauses which are meant to ensure probity, transparency and check corruption," the affidavit said.

"The clauses pertain to the use of undue influence, agents/agency commission and access to books of accounts of the individual suppliers. No basis has been given as to why these basic measures of prudence were dropped," it said.

They said their prayer for direction to the CBI to take action on their complaint in Rafale deal was made on October 4 last year and it was required to be assessed in terms of law laid down by a Constitution bench judgement of the apex court.

The affidavit said the Constitution bench verdict states that if a complaint prima facie discloses commission of cognisable offence, an FIR has to be mandatorily lodged and investigated.

"Given that the impugned judgement has been obtained through multiple falsehoods and suppression of material and relevant information, it needs to be recalled and reviewed for the reasons and grounds stated above and in the review petition and perjury application," it said.

Regarding the Comptroller and Auditor General (CAG) report in Rafale deal, the petitioners have said that it was silent on several crucial aspects.

"The government predicted that CAG would redact the final report and it has," it said, adding, "CAG report is silent on parallel negotiations".

"It is silent on the dropping of standard clauses meant to ensure probity and transparency in every procurement," the affidavit said, adding, "CAG report does not address the issue of offsets and proposes to do a separate audit for the same".