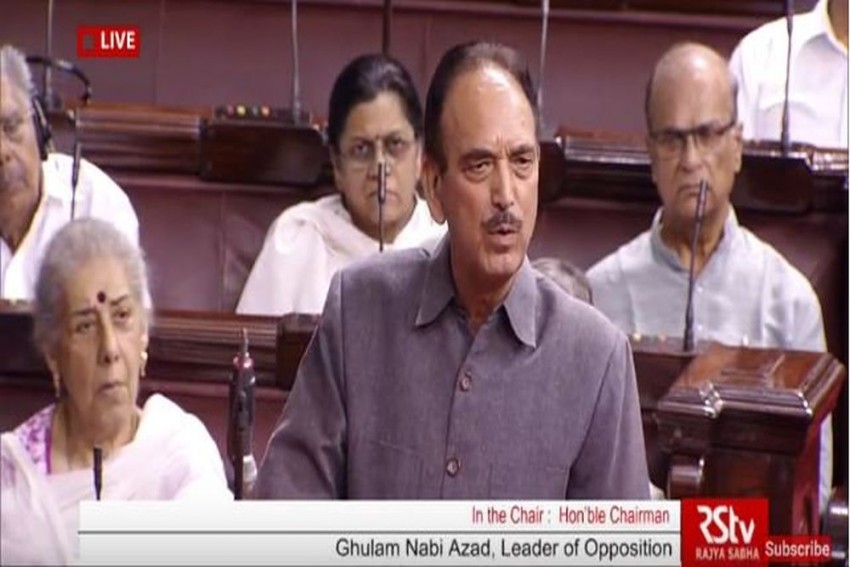 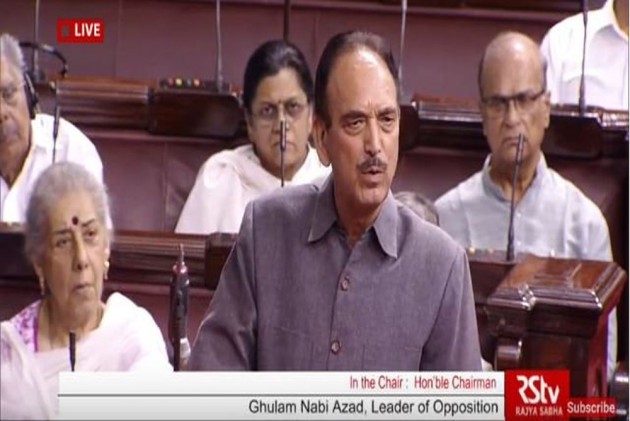 Senior Congress leader and Rajya Sabha MP Ghulam Nabi Azad on Monday launched a scathing attack on the Bharatiya Janata Party-led government at the Centre and asked it to "keep your new India to yourself."

"Give us our old India in which there was love and culture," Azad said, adding, "Hindus would feel the pain when Muslims and Dalits got hurt."

"And Muslims and Dalits shed tears when something got into the eyes of Hindus," Azad said.

He alleged in "New India", humans are each others' enemies, unlike the"Old India" wherein there was no hatred, anger or lynchings.

"Give us India where Hindus, Muslims, Sikhs and Christians live for each other," he said.

Azad, while attacking the BJP for defending 2008 Malegaon blast accused Sadhvi Pragya Thakur, however, did not mention her by name and said: "How is this possible and how someone can defend this? Though it doesn't make any difference to us, this is a blot on the face of the ruling party which cannot be wiped out."

He also referred to how former Prime Minister Jawaharlal Nehru on complaints about a Congress candidate in 1952 had instead urged people to vote for an Independent candidate who had a clean image.

Azad's tirade against the BJP followed hard on the heels of another lynching in Jharkhand where a Muslim man was forced to chant "Jai Sri Ram" before being beaten up for hours.  The man, Shams Tabrez, succumbed to his injuries later.  He was accused of stealing a motorcycle.

"Jharkhand has become a factory of lynching and violence. Dalits and Muslims are being killed there every week. PM Modi, we are with you in the fight of 'Sabka saath sabka vikas' but it should be there for people to see it. We can't see it anywhere," he said.

He said rapes were at an all-time high including henious crimes like rapes on minor and that "Beti Padhao and Beti Bachao" was just plain talking.

Azad said crime against women have risen manifold and urged the government to ensure 50 per cent reservation to women in Parliament as it was having an absolute majority.

He said Congress's attempts were thwarted last time, though the Women's Reservation Bill was passed in Rajya Sabha.

Unemployment, he said was at its peak with the government trying to curb reports by various agencies and that the youth who voted for BJP needed justice.