It seems Prime Minister Narendra Modi is running a 'bank fraudsters settlement company' for the likes of Nirav Modi and his uncle Mehul Choksi, Surjewala alleged. 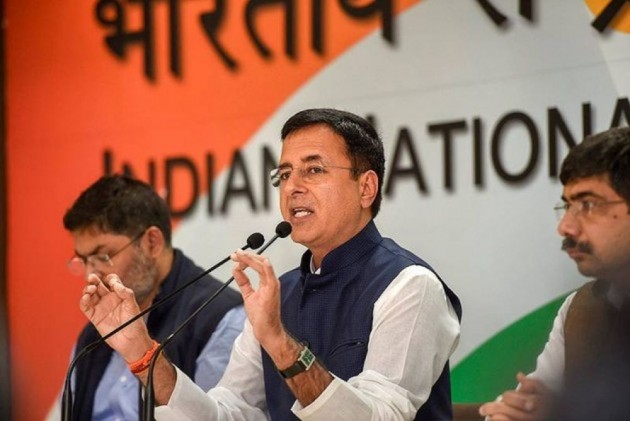 Congress on Saturday slammed the Modi government over reports on fugitive diamantaire Nirav Modi spotted in London and alleged that fugitives had looted Rs 1 lakh crore from Indian banks but not even one has been caught in five years.

The British daily Telegraph reported that billionaire diamond tycoon, accused in the USD 2 billion PNB fraud case, has been tracked down by it to an 8 million pound apartment in London's West End.

"First loot Rs 23,000 crore from banks, then run away from the country without any checks, mock the CBI and the ED and then make a comfortable home in a Rs 75 crore flat. (Narendra) Modi is there, so it is possible," he claimed.

It seems Prime Minister Narendra Modi is running a "bank fraudsters settlement company" for the likes of Nirav Modi and his uncle Mehul Choksi, Surjewala alleged.

"Fugitives looted Rs 1 lakh crore from Indian banks but you have not even caught one in the last five years," he claimed.