From Shoe Shop To Airlines To Casino Owner: The Story Of Haryana Key Player Gopal Kanda 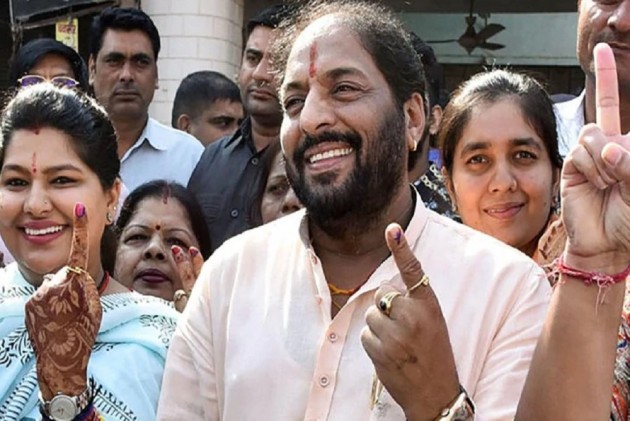 Gopal Kanda has emerged as a key figure in BJP’s bid to form government in Haryana but the MLA is also a controversial character whose support to the saffron party has drawn criticism from all quarters.

Kanda has played a central role in conjuring support for the BJP among the Independents as the results of the Haryana polls threw up a hung assembly. While BJP emerged as the single largest party in the elections with 40 seats, it fell short of the halfway mark of 46 in the 90-seat assembly.

Haryana Lokhit Party leader Kanda, along with seven Independent winners, have pledged unconditional support to the BJP and this will help the party to sail beyond the halfway mark and stake claim to form government for the second time in a row.

On Thursday evening, Kanda and Independent Ranjit Singh were picked up from Sirsa by BJP’s local MP Sunita Duggal and taken to New Delhi. Both have now agreed to back the BJP.

This is not the first time Kanda has emerged as an unexpected key player. In 2009, he followed the same course to help the Congress. At that time, Congress was in BJP’s shoes and had gotten only 40 seats under the leadership of then CM Bhupinder Singh Hooda. Kanda, who had won as an Independent, shifted his allegiance to the Congress along with six other Independents. In helping Congress form the government, he managed to become a Minister of State, according to a report in the Hindu.

Back then, Kanda was described as a ‘political novice’. But his political ambitions has taken him to the stage where he has become a key player in the state’s government not just once, but twice.

According to a report in the Indian Express, Gopal Kanda used to run a mere repair shop for radio handsets in the 90s and earn a few hundred rupees every month. Afterwards, he opened a shoe store in Sirsa along with his brother. Meanwhile, he made rapport with traders, businessmen and politicians through his friends and gained trust of these influential people. Soon from a shoe store, Gopal and his brother leveled up to open a shoe factory.

After dealing in Real-estate for a while, in 2007, Kanda launched the MDLR airlines, named after his father Murli Dhar Lakh Ram. But MDLR was grounded within two years. But it did not take the main man down. Currently, Kanda’s Golden Globe Hotels Private Limited is into Casino business in Goa.

With Gopal Kanda’s political ambitions growing, he sought a ticket from the INLD in 2009 to contest the assembly polls. But the party refused to nominate him, leading to Kanda contesting as an Independent candidate from Sirsa and winning by more than 5,000 votes.

While serving as a minister in Hooda’s cabinet, a turn of events paused Kanda’s rising clout.

After a former air-hostess with his MDLR airlines committed suicide in 2012 accusing him of harassment, Kanda resigned from his ministerial post and he was arrested by the police.

In February, 2013, the air hostess’ mother too committed suicide and left a suicide note.

The Delhi High Court dropped the sexual exploitation charges against Kanda in March, 2014 and he was released on bail. But he is still facing trial in the case besides a number of cases under the Negotiable Instruments Act. In October 2016, the Kanda brothers were faced with charges for illegally developing a property in Sirsa and the case had been under investigation since 2009.

The BJP has come under fire for taking the support of this controversial figure not just from the opposition, but also one of its own members.

The Congress alleged that the "Beti Bachao gang" of the saffron party is "shameless" as it boasts of having a woman finance minister and then accommodates "rapists".
BJP’s vice-president Uma Bharati took to Twitter to question her party over the move to ally with Kanda and asked it to reconsider its ‘moral stance’.

Now, the ball is in BJP's court. It remains to be seen if the saffron party accepts the support of the tainted MLA in the following days.