Mukherjee was admitted to the Army's Research and Referral Hospital on August 10 and was operated for removal of a clot in the brain. He also tested positive for COVID-19, and later developed a lung infection. 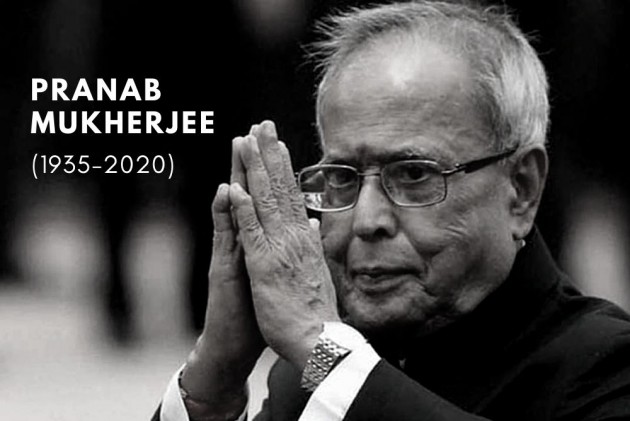 Former President Pranab Mukherjee passed away on Monday, his son Abhijit Mukherjee tweeted. He was 84.

With a Heavy Heart , this is to inform you that my father Shri #PranabMukherjee has just passed away inspite of the best efforts of Doctors of RR Hospital & prayers ,duas & prarthanas from people throughout India !
I thank all of You ðÂÂÂÂÂÂÂÂÂ

Mukherjee was admitted to the Army's Research and Referral Hospital on August 10 and was operated for removal of a clot in the brain. He also tested positive for COVID-
19. He later developed a lung infection.

His condition after the surgery worsened and he was in a deep coma and on ventilator support.

A powerful orator and scholar, Mukherjee had been a Congress stalwart before he was elected as India's 13th President and served from July 2012 to 2017 in the top post.