Alpesh Thakor and Dhavalsinh Zala joined the ruling party at a function held in its headquarters in Gandhinagar in the presence of Gujarat BJP president Jitu Vaghani. 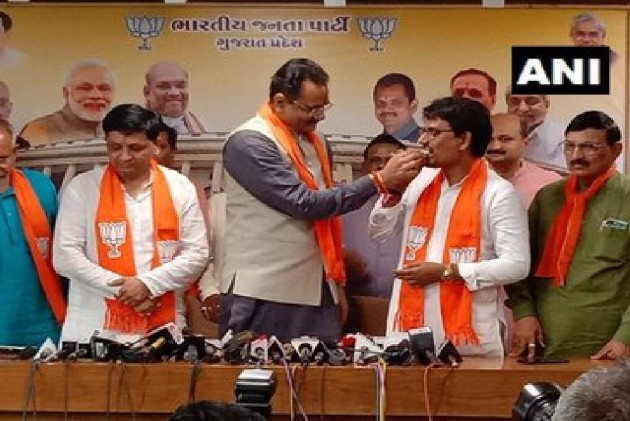 Thakur and Zala joined the ruling party at a function held in its headquarters in Gandhinagar in the presence of Gujarat BJP president Jitu Vaghani.

Thakor and Zala resigned as MLAs on July 5, apparently after voting against Congress candidates in the Rajya Sabha bypolls.

Thakore, the 43-year-old ex-MLA from Radhanpur in Patan district, had said earlier that he was unhappy in the Congress which he had joined in 2017 just ahead of the assembly polls that year.

Zala, a close associate of Thakor, was the MLA from Bayad in Sabarkantha district. He had said he was not feeling comfortable in the opposition party.

Thakor resigned from all posts in the Congress in April just before the 2019 Lok Sabha polls in the state, where the BJP won all the 26 parliamentary seats for the second time in a row.

However, he had continued as MLA.