Polling began at 7 am on Thursday for 43 seats, including 17 in North 24 Parganas district and nine in Nadia. 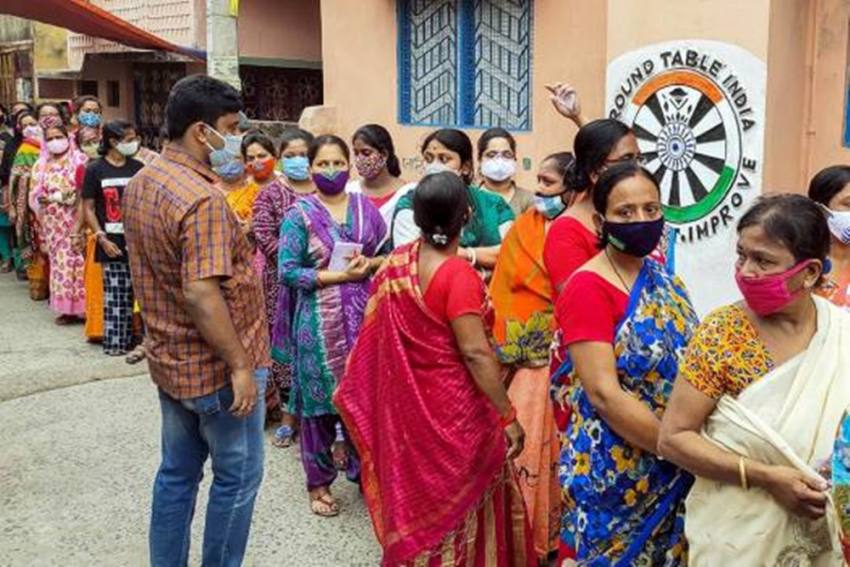 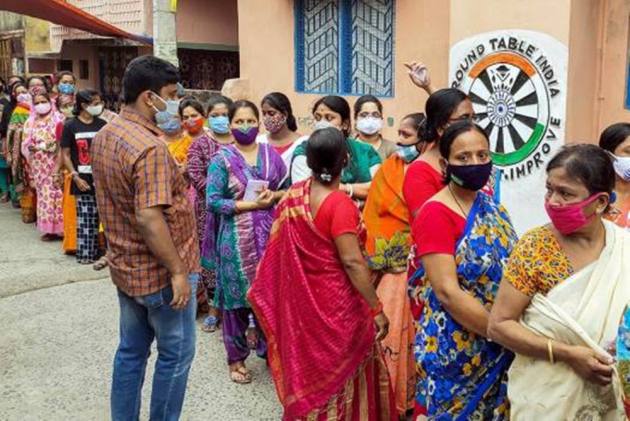 Amid the ongoing Assembly elections, West Bengal breached the 10,000-mark for the first time as it reported 10,784 fresh Covid cases, along with 58 deaths and 5,616 recoveries in the last 24 hours. Active cases in Bengal at present stand at 63,496, while the death toll is at 10,710. Notably, the 6th phase of voting in the Assembly elections is currently underway in Bengal.

The highest number of 14 deaths were recorded from the North 24 Parganas district, which logged 1,192 cases.

Polling began at 7 am on Thursday for 43 seats, including 17 in North 24 Parganas district and nine in Nadia. Elections are also being held on the nine seats of Uttar Dinajpur district and eight of Purba Bardhaman.

The voters today include a significant presence of the Matuas, who can decisively sway the results in any party’s favour.

The Election Commission earlier extended the silence period to 72 hours from 48 hours before the end of polling in each phase and restricted the daily campaign after 7 PM.

Results of the Bengal polls will be declared on May 2.