Director General of Police, J&K, Dilbagh Singh said security forces are following a two-pronged strategy to maintain peace and tranquility in the state. 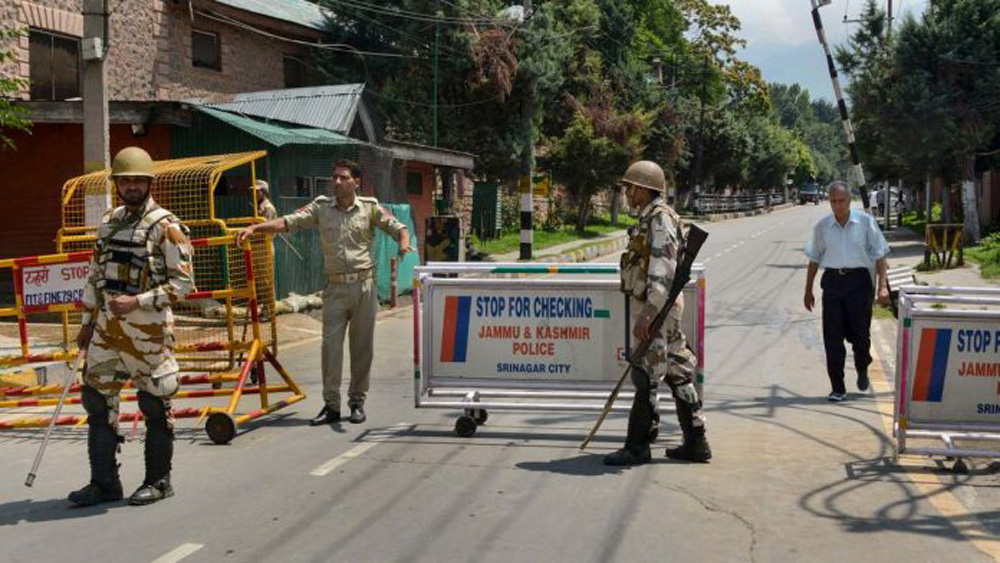 Security presence in Jammu and Kashmir has been stepped up since August 5 when the Centre scrapped provisions of Article 370.
PTI
Outlook Web Bureau August 18, 2019 00:00 IST Focus Of Police To Isolate Terrorists From Public, Says Jammu And Kashmir’s Top Cop

The Jammu and Kashmir police are maintaining pressure on terrorists to isolate them so that they cannot mislead the general public, Director General of Police Dilbagh Singh has said.

"While the security teams comprising police, paramilitary forces and the Army have done a splendid job, one should not neglect the cooperation extended by people of the state," Singh told PTI.

Security presence in the state has been stepped up and stringent restrictions are in place since August 5 when the Centre scrapped provisions of Article 370, which granted special status to Jammu and Kashmir, and also divided the state into two Union Territories.

He said as a police force head it was his duty to ensure that a handful of terrorists, who are mainly from Pakistan, are not allowed to misguide the general public in Jammu and Kashmir.

"Our counterinsurgency unit is maintaining pressure to keep these terrorists at bay and definitely we have been able to do it," he said.

Singh said security forces are following a two-pronged strategy to maintain peace and tranquility in the state.

"While the counterinsurgency grid is maintaining pressure on terrorists, the remaining security forces are ensuring that situation is under control," he said.

He acknowledged that there have been minor incidents in past 13 days "but they were controlled locally by police officials. There were injuries to some civilians and policemen but they were discharged after first aid," Singh said.