At present, there are 18 Bahujan Samaj Party (BSP) MLAs in the 403-member Uttar Pradesh Legislative Assembly. 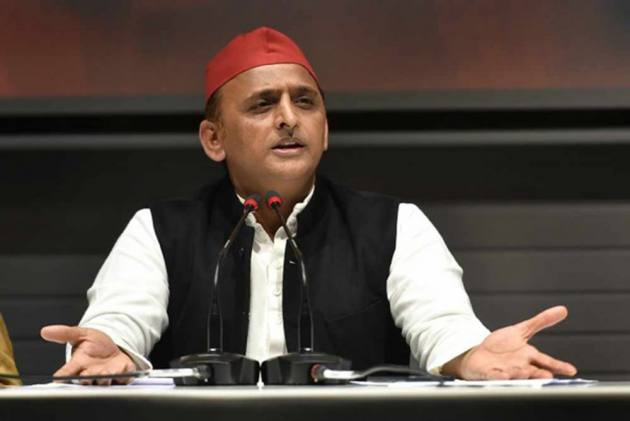 "The meeting with SP chief Akhilesh Yadav, which lasted for 15-20 minutes, witnessed discussions on the upcoming UP Assembly elections, and it was a nice meeting," Sushma Patel, MLA from Mungra Badshahpur assembly constituency in Jaunpur district told PTI.

When asked about the future course of action, Patel said, "Personally, I have made up my mind to join the Samajwadi Party."

The other MLAs who met Yadav are Mohd Aslam Raini, Hakimlal Bind, Mustafa Siddiqui and Hargovind Bhargav. The BSP had suspended them last year in October along with two other MLAs-- Chaudhary Aslam Ali and Vandana Singh.

They were suspended for opposing the nomination of party's official candidate Ramji Gautam for the elections to the Rajya Sabha.

At present, there are 18 Bahujan Samaj Party (BSP) MLAs in the 403-member Uttar Pradesh Legislative Assembly.

When asked what prompted the suspended BSP MLAs to meet Akhilesh Yadav, Patel told PTI, "We were suspended in October 2020 during the Rajya Sabha elections, and we were categorically told not to use the flag and banner of the BSP, and also to not attend any party meeting."

"Now, we have to look for alternatives. So, in this context, we had called upon Akhilesh Yadav," she tod PTI, and added that now she has nothing to do with the BSP.