Sasikala is serving a four-year sentence since February 2017 after the Supreme Court upheld her conviction in a corruption case by a trial court in Bengaluru in September 2015. 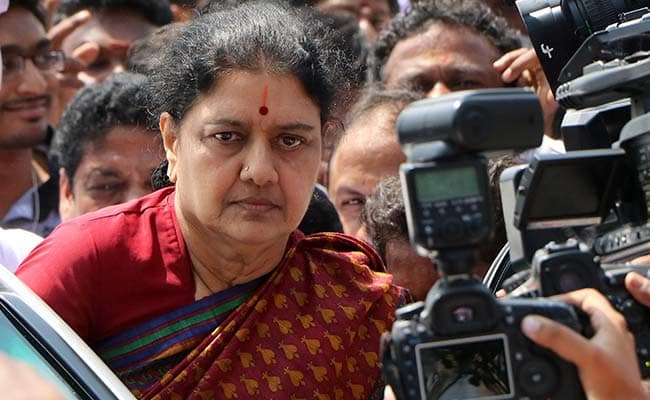 The 295-page report by retired IAS officer Vinay Kumar confirmed that Sasikala was given preferential treatment and a separate kitchen functioned for her at the Parappana Agrahara Central Jailhere, RTI activist Narasimha Murthy said.

"I have accessed the 295 pages report through an RTI query. The report confirms that Sasikala was given special treatment in the jail," Murthy said.

"There is no provision for cooking food in the prison, but jail authorities deputed a convict to cook for Sasikala," he added. Ignoring the rules and systems in place, people came to visit her in groups, went to her room directly and stay for 3-4 hours, he added.

“There were allegations against jail authority that they had allotted five rooms to Sasikala. She was entitled to one room as was given instead. In other four rooms, female convicts were staying until 14 Feb 2017. Once Sasikala reached, they were sent out and all 5 rooms were given to her," Murthy said.

Though the report was allegedly submitted to the Karnataka government in 2017, its findings were made public only now.

In her report submitted on July 12 to DGP (Prisons) H N Sathyanarayana Rao, Roopa had said there was "a talk" that Rs two crore had exchanged hands to give preferential treatment for Sasikala and there were allegations against him also, charge rejected by him.

The issue had caused embarrassment to the then Congress government led by Siddaramaiah which ordered the transfer of Roopa and Rao after both sparred in public.

"My report was not accepted by the government, and instead I was transferred from the post. The independent inquiry panel's report, led by Vinay Kumar, is in line with my findings," Moudgil told IANS.

"I stand vindicated as the panel's report also says there were serious lapses," she said.

After submitting her report, Moudgil was transferred by then Congress-led state government as the DIG Commissioner for Traffic and Road Safety, Bengaluru.

The then Siddaramaiah government had then ordered an inquiry by Vinay Kumar to probe the allegations made by Roopa after the issue snowballed.

According to the reports, class-A facilities were given to Sasikala, indicating "lapses".

Questioned about the report, Deputy Chief Minister G. Parameshwara refused to comment on the issue, saying he was "not aware".

Sasikala is lodged at Parappana Agrahara central prison ever since her conviction by the Supreme Court in February, 2017 in the disproportionate assets case along with her two relatives V N Sudhakaran and Elavarasi, all serving a 4-year jail term.